Love Is Not For Everyone, Some Will Be Single - Peruzzi

DMW singer Peruzzi believes that love is not made for everybody. 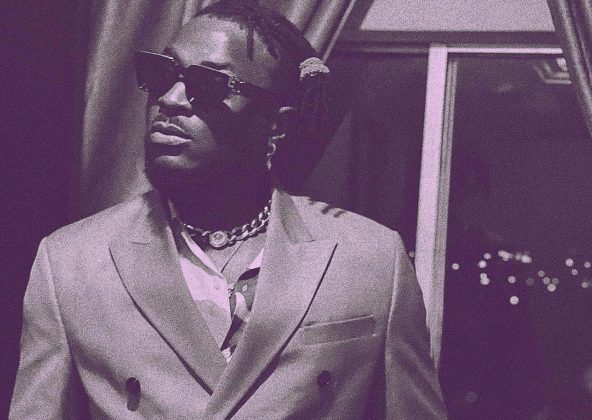 Davido Music Worldwide singer Tobechukwu Victor Okoh, popularly known as Peruzzi, believes that love is not made for everybody.

According to the singer and songwriter, love isn’t meant for everyone and he hopes people realize it soon enough. The talented afro-fusion act also stated that some would be lucky enough to find love, while some would remain single for life.

He went on to add that some were made for just 'cruise and vibes’- a statement that implies that some people are not meant to have any type of serious relationship in their life.

He further advised that people should not go overboard trying to fit into social demands, but should instead choose the one that suits them.

Making his thoughts known via his Instagram Stories on Sunday, August 29, 2021. He wrote: 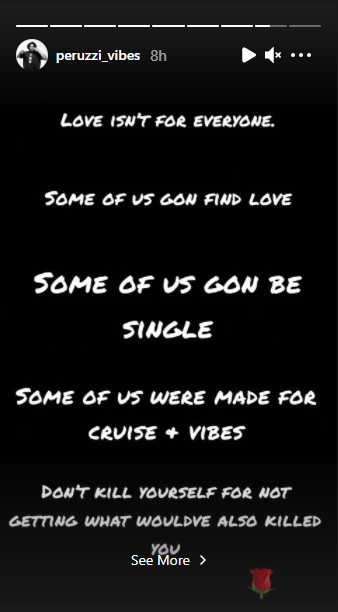