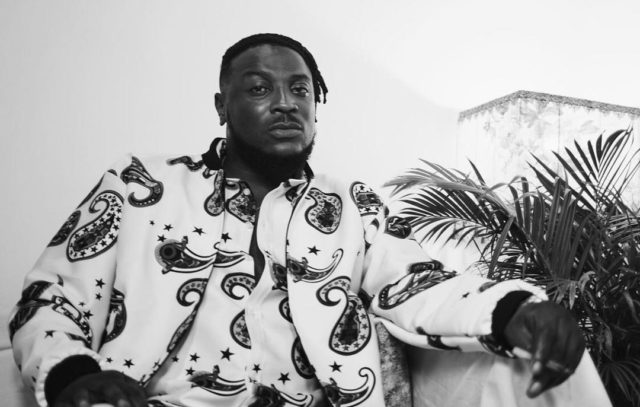 Daffy, who is also a singer, took to her Instagram yesterday 30th of June 2021 to state that she had a dream that Huncho died, a sensitive post that came up hours after Davido's close associate and Peruzzi's friend, Obama DMW, was buried in his hometown after having heart-related issues that led to his death. 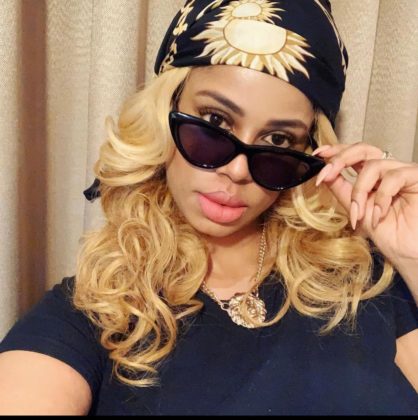 Daffy Blanco, who had once accused Peruzzi of sexually assaulting her, took to her Instagram to state that she dreamt Peruzzi had died and she was crying bitterly in her dream. She wrote:

I wanna use this hour, this minute and this second to get this off my chest …I just realized how we take 24 hours for granted ???!!! A few days ago I came across some pictures and videos of me and Peruzzi I watched them and laughed so much not to mention the conversations and our fights lol, Apart from everything that happen we were once cool, we spoke the same language and shared the same pain of losing our mothers .Sometimes we joked and sometimes we spoke so deep that at times we even got emotional. Day before yesterday I had a bad dream that he was gone… In that very dream I was crying and so emotional I kept saying no no it’s not possible, Not My Huncho ….! When I woke up I thanked god that it was just a dream. Please take care of yourself please be safe …!!! Life to short for me to hold grudges in forgiveness we heal. Love wins 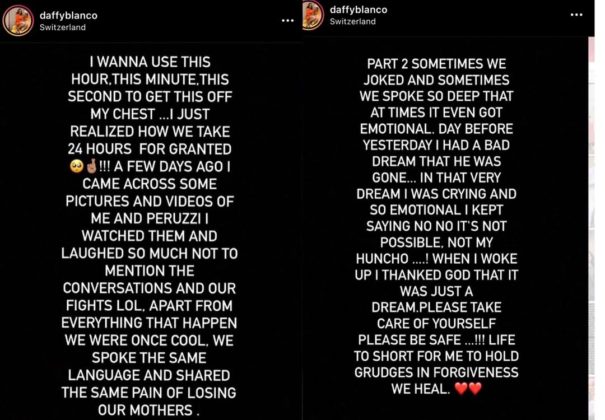 In response to the dream, Peruzzi took to Instagram today, July 1st, to oppose any plans by his adversaries over his life. He wrote:

No weapon Fashioned Against me Shall Prosper. and that's on default 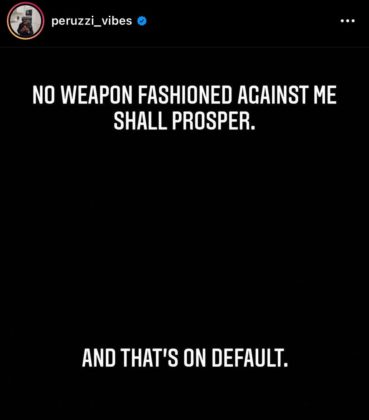