#BBNaijaReunion: Laycon Says What Happened With Erica Could Have Been Avoided | WATCH

On the latest episode of the BBNaija 'Lockdown' Reunion show, Laycon has revealed that he believes what happened between himself and Erica in the house could have been avoided. 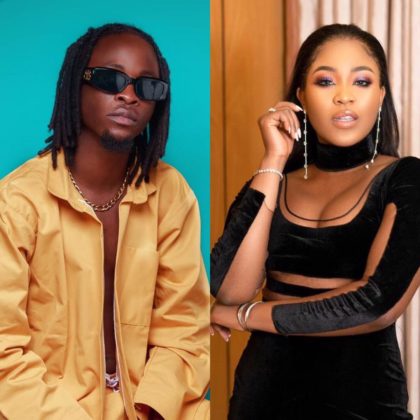 The latest episode of the BBNaija reunion show aired on Monday, the 28th of June 2021. Laycon revealed that he would have preferred if the whole issue with Erica did not occur. He explained that he would rather have people talk about his music successes than what happened during the show. In his words;

Erica on her part said she doesn't feel anything positive can come out of making up with Laycon. She explained that she believes he will just make everyone pity him and look like a saint again;

He’s going to make everyone pity him and make everyone think he’s a saint.... If he really wanted to talk to me, he’d have. We’re in the same group chat. Own it. You don’t like me and I don’t like you. Don’t go out and form saint.
If Laycon had sent a message and it made sense, I’d have replied.... I apologized to everyone when I was disqualified and said I was sorry for any issue. I came out and saw videos and said I was so stupid for saying he had my back in the house and apologizing for things I said about/to him.