LadiPoe To Perform Alongside A$AP Rocky, Chance The Rapper, H.E.R At Lollapalooza 2020

Nigerian rapper, Ladipoe has been announced to perform alongside A$AP Rocky, Chance The Rapper, H.E.R at the biggest  Lollapalooza 2020, which was announced on the 27th of July. 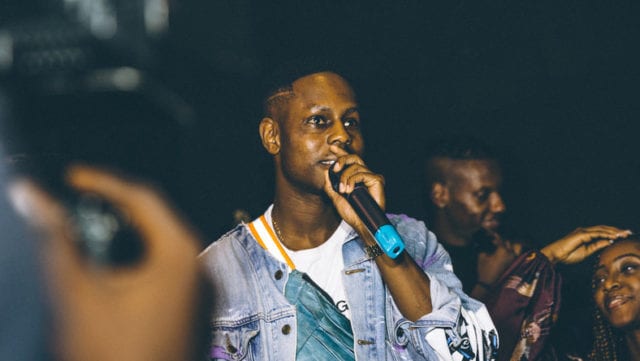 The festival, which was initially cancelled due to COVID-19 was later agreed to continue, but this time, virtually with available live-streaming on YouTube.

In announcing the good news on Twitter, Ladipoe tweeted;

"I’m really excited to be performing at @lollapalooza this year. Repping... The performance schedule is out Wednesday. @YouTube:https://lollapalooza.tbits.me/trk/tX3F #Lolla2020 The Revival is spreading!"

I’m really excited to be pefromimg at @lollapalooza this year. Repping 🇳🇬. The performance schedule is out Wednesday. @YouTube: https://t.co/LAmuVUsto8 #Lolla2020 The Revival is spreading! pic.twitter.com/5fndvLf9Ao

This is a big break for the MAVIN artiste whose the last song with Simi, 'Know You' topped charts longer than any of his records have ever done, coming off as one of the biggest Nigerian songs of 2020.

Ladipoe will be the only Nigerian artiste performing alongside other global superstars which include above mentioned and Ellie Goulding, Tyler The Creator,

The annual four-day music festival, which is one of the biggest festivals which will take place in Chicago, Illinois, at Grant Park will take place from July 30, 2020, to August 3, 2020.