Flyboi Records headline act, Kizz Daniel has revealed that he has a new Highlife song in the works with popular highlife duo, The Cavemen.

Kizz Daniel recently shared a teaser for a new highlife song that he's working on and also revealed that the song got some vocal input from The Cavemen. He shared this via his Instagram stories on Saturday, the 23rd of October 2021. 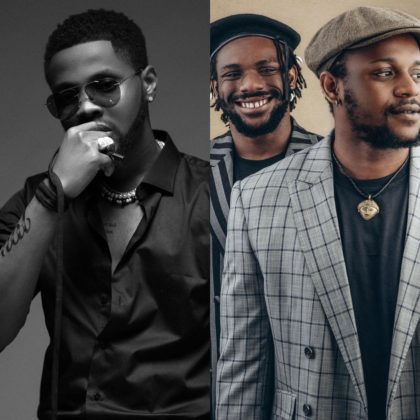 Kizz Daniel and The Cavemen

Kizz Daniel's last single, Lie is doing very well on the charts and has kept up a very good appearance for the singer. However, it seems he is not quite done this year as he now looks set to drop a new highlife song. Kizz Daniel is not a stranger to highlife tunes as his 2017 hit song, Yeba was an highlife tune that got the whole nation dancing.

The Cavemen duo consists of brothers, Kingsley and Benjamin Okorie who are also preparing to drop their sophomore album, Love and Highlife. This is a follow-up on their debut album, Roots whose success announced them to the music scene.

Announcing the new highlife song via his Instagram story, Kizz Daniel shared a teaser before thanking The Cavemen for their input. He wrote;

Shoutout to THE CAVEMEN for the extra vocals @the.cavemen