Wizkid global hit single with Tems, Essence is going to have a remix, and this one by American sweetheart, Justin Bieber.

Wizkid revealed that Essence will have a remix with Justin Bieber via a post on his Instagram page on Thursday, the 12th of August 2021. The song which has been burning up the charts for months now is now sure to take it up another notch. 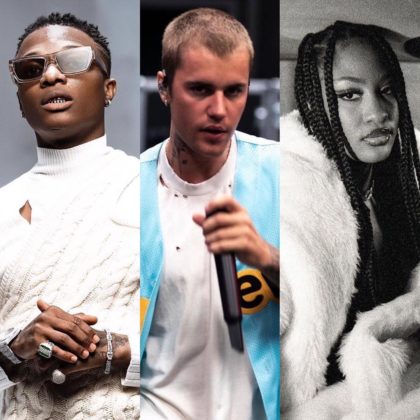 Wizkid shared a simple artwork for the Essence remix via his Instagram page. The post had the names of himself, Tems, and Justin Bieber on it. It also had in big fonts, the words "ESSENCE". He also wrote, "Tomorrow!! 🖤❤️🦅". This means we can safely expect that Wizkid will be dropping the remix for the highly regarded song of the summer tomorrow. And even better? It will feature one of America's finest in Justin Bieber. 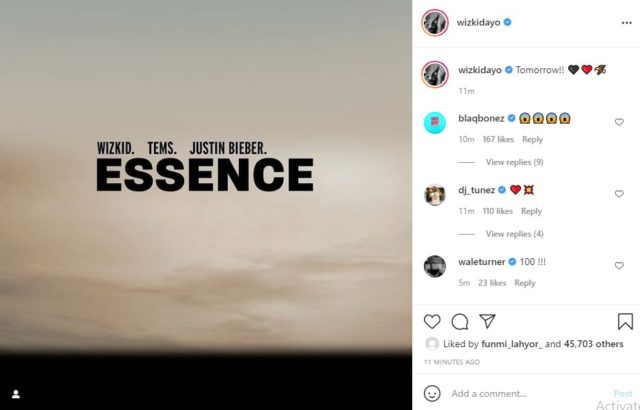 READ ALSO: Wizkid Hints at Dropping "Something Special" for Fans

People began to guess that Wizkid's surprise tweet from this morning was regarding Justin Bieber featuring on the remix for Essence. The Nigerian singer had shared a post on his Instagram story earlier today gushing about Bieber's vocals. However, it could have very well been a reaction to Bieber's trending video from yesterday. We can now confirm the remix though, and we can't wait to hear it as much as you do.