Nigerian singer, Johnny Drille has dropped a video of him singing a cover Adekunle Gold's High as a country love song and it is quite amazing.

Johnny Drille took Adekunle Gold's latest hit song, High featuring Davido, and decided to give it a Country love song spin and the result is the video he posted. He shared the video via his Instagram page on Saturday, the 30th of October 2021. 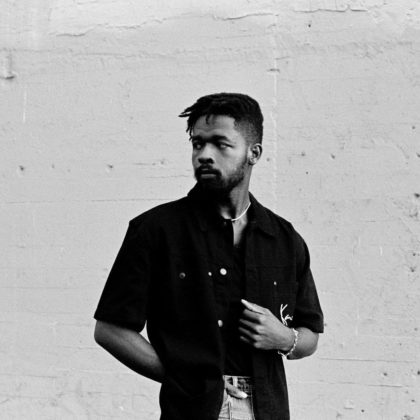 Adekunle Gold dropped the song which featured Nigerian superstar, Davido and the accompanying music video early last month. Produced by veteran music producer Pheelz, High serves as Adekunle's third official single for 2021. It is a follow-up to the highly acclaimed Sinner' and of course, the Blaise Beatz-produced It Is What It Is.

Adekunle Gold is apparently on hot form right now, nobody can dispute that. High has been on constant rotation on the airwaves since its release last month. It spent most part of its time atop the summit of the Apple Music Nigeria songs chart. It only went down briefly when Joeboy released his own hit single, Alcohol but did not stay down for too long. Sharing the video of his Country Love Song cover for High, Johnny Drille wrote via his page, "