Nigerian singer, Johnny Drille has shared a new live choir performance video of his song, Odo off his debut album, Before We Fall Asleep.

Johnny Drille shared a video of himself performing Odo live with a Nigerian musical choir named We Are Loud. The video was shared via Instagram on Friday, the 23rd of October 2021. 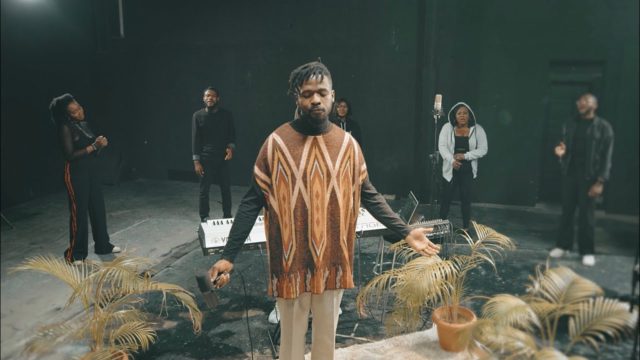 Johnny Drille who featured a choir on his album has now worked with another band on the live performance video of his song, Odo. Sharing the video via his Instagram page, the singer wrote;

Remade our song ‘Odo’ with some of my favorite people from @officialloud_. It was magical with this many talented people in the room ♥️

Shoutout to @dmaster_utchay for Loud vocal direction/production. Blessings to my fam Daniel, and @folarinoludare for Mavin Films.