Joeboy's Alcohol is now the second most-used song on Triller globally according to the new Billboard charts for this week. This was shared by Triller via Instagram on Wednesday, the 20th of October 2021. 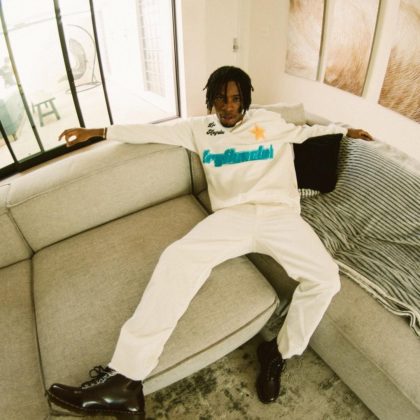 Joeboy unlocked his latest single, Alcohol last month, the first since dropping his debut album, Somewhere Between Beauty and Magic. The song became an instant viral hit on TikTok with many people creating videos with the sound. However, the videos quickly turned to people pouring random drinks and food on themselves, which Joeboy himself came out to rebuke. He warned his fans not to get involved in such dangerous acts and absolved himself of any consequences.

The recent buzz around Joeboy's Alcohol has pushed it further to become the second most-used song globally on the Triller chart, as ranked by Billboard. Alcohol is however not the only Nigerian song on the chart. CKay's Love Nwatiti is on the chart as expected at no. 4, while Zlatan and Adekunle Gold make up the nos. 9 and 10 spots respectively with their latest offerings, Ale Yi and High. 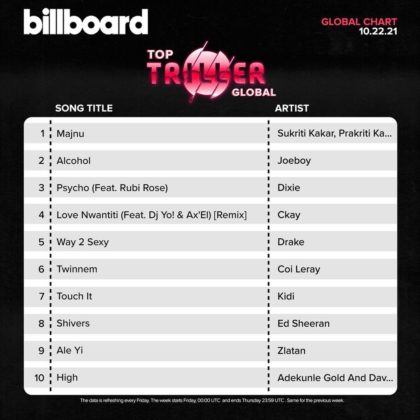