Nigerian singer, Iyanya has been named a senior special adviser to the Governor of Cross Rivers State, Senator Ben Ayade.

Iyanya was appointed alongside 26 others were appointed as aides to Governor Ben Ayade of Cross Rivers State. A statement to this effect was released on Wednesday, the 1st of September 2021. 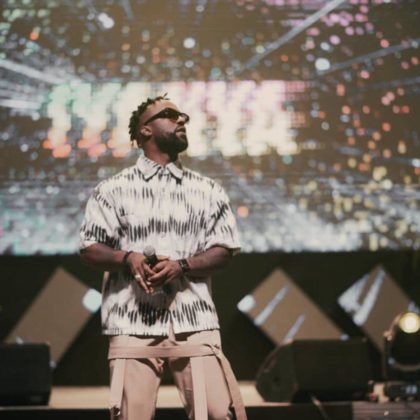 The statement was released by the Governor's Special Adviser on Media and Publicity, Christian Ita. It confirmed the appointment of Iyanya and 26 others as aides to the state governor. Iyanya himself has since changed his bio on Instagram to reflect this new status. He wrote, "Snr. Special Adviser @sirbenayade, CRS Gov."

READ ALSO: ‘I Was Wrong For That’- Wani Apologises to Iyanya for Disparaging Comment

The appointment of Iyanya and the other 26 aides into Cross Rivers Governor, Ben Ayade's employ take immediate effect. Iyanya has not dropped music in recent times but he is still gearing towards a new album as he has been teasing for months. He also featured recently on Oritsefemi's new single and video, Number 1. Iyanya wrote about Gov Ayade recently;

I have a father in the governor of cross river state who never ceases to help the helpless.I join the rest of cross river youths and music talents all over the world to thank you for your usual assistance.God is with you as you drive our dear state to greater heights.God bless you sir @sirbenayade