"It's Another One..." - Burna Boy Reacts To His Second Grammy Nomination

Burna Boy has reacted to being Nominated for the second time in a row for the Grammy awards, with first being 2020 and now 2021. 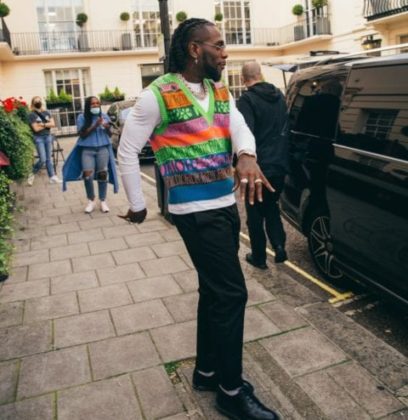 The African Giant as he is popularly referred to, reacted to this great news immediately the nomination list was released on the 24th of November 2020, and it was announced that his 2020 boy of work, 'Twice As Tall' made the cut for the category of 'Best Global Music Album'.

Reacting via Twitter, he simple said, "Another one... " with a photo of himself caught while making his signature legwork moves.