Legendary Fuji singer Alabi Pasuma has stated that he has Wizkid, Fireboy, Buju, and Joeboy on his feature radar. 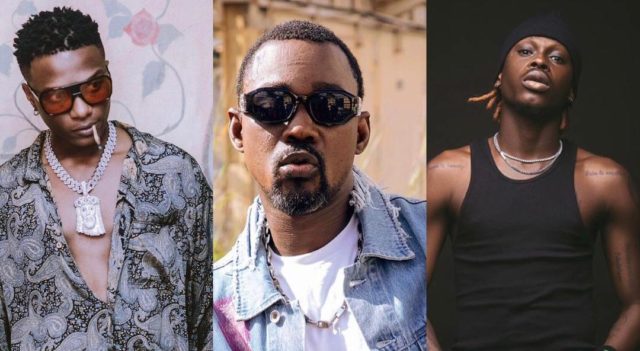 Legendary Fuji singer, songwriter, and performer Wasiu Alabi Odetola, popularly known as Pasuma, has stated that he is planning to feature Wizkid, Fireboy, Buju, and Joeboy.

The versatile Fuji musician, who has always proven that he can infuse hip-hop into the local Fuji genre, is aiming to make music with Afrobeats superstar Wizkid, along with other sensational Afrobeats acts like Fireboy DML, the buzzing Buju and Afro-pop singer Joeboy.

In an interview with GoldmyneTV, the iconic Pauma stated his intention to collaborate with the younger generation despite the fact that he is already 54 years old, claiming that age is just a number for him and that he will continue to do his best to improve his craft. He said:

I thank God that we’re not where were coming from, everything is moving on accordingly. And the music itself, Fuji music, our genre is still relevant and we the singers, the frontliners, we still there and are making it worthwhile.

I just have to give thanks to God for making it possible for us to still be there and be relevant.

Speaking about his intended collaborations, he said:

So, trying to infuse Hip Hop into my Fuji is one thing I’ve been doing for a very long time and I won’t stop doing it. I still have many of them I want to collabo with.

Over the years, Pasuma has collaborated with hip-hop acts like Tiwa Savage, Olamide, Q-Dot, VJ Adams, and a host of others.