"If My Music Was Regular, People Won't Listen To Me" - Davido Speaks At Midem 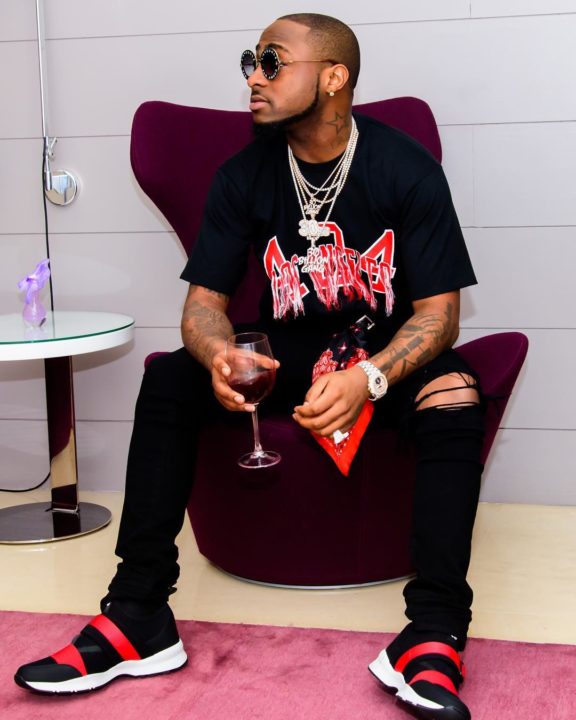 The 25:17 interview had Davido saying a lot at the international music event, Midem, yesterday 6th of June where he talked about Afrobeat, his journey into the Nigerian music scene and how much he has evolved.

In this interview, the Nigerian pop star gave a rundown about his journey and how he started in the United States but eventually made it back home in Nigeria. He also talked about his record deal with Sony and how frustrated it got him as he felt he wasn't producing the kind of music he should be producing.

Talking about his success in the music industry and his father's role in it, Davido stated that his father had initially not been in support as he wanted him to go to school and being the only musician in his family made it tougher. The singer went further to explain the Nigerian music industry, stating that his father's wealth did not give him the upper hand in reality as people already judged his wealth, and since they assumed he was already getting it easy financially, the struggle was made tougher for him and unlike other artistes he had to work twice harder o prove he is meant for the industry and he is not just throwing wealth around.

Speaking further, the IF crooner said;"When I was trying to promote my music, it was hard for me... it's always harder for me because... I'm not going to lie to say I'm from the street... I am not from the street... most of my friends all grow up from the street ... I'm in touch with the street in Nigeria but I ain't grow up in the street and people feel like I have the upper hand, so I have to work like extra hard ... I bet you if my music was just like 'ok-ok, regular' i bet you people won't listen to me. my music had to be exceptionally good ... for them to accept... I had records on records, hits on hits... to be honest, I don't even think people agree that ' yo this boy is bad!' until probably like three years ago and I've been doing this for seven years. There was always an excuse; if it's daddy it's something else. I had to work extra hard and it's funny because you'll think I didn't have to work that hard because of my dad but to get out of that shadow that I'm from a wealthy family"

Well, that was the story, the narrative has changed and Davido revealed that most wealthy men in Nigeria whose kids are going to music are now giving support to their children because of him and his success is obviously something his father is now proud of.

The Afrobeat star also spoke about the importance of African music in the western world and the beauty of how it is being embraced presently, the longevity of African music as compared to Western sound and his strategy or lack of any in conquering the global music scene with Afrobeat.

This interview shows a Davido who has grown in the industry and is armed with appropriate information about he is as an African and has made his patriotism for his continent his weapon, letting all know that he is proud to be African, not because he's from there, but because he knows and understands what being from there means and the resources the continent produces. The interview is insightful and hilarious and definitely one you should watch.

So watch it below;