Nigerian singer, Lola Rae has revealed that she was never signed to Davido Music Worldwide contrary to popular opinion that she was. 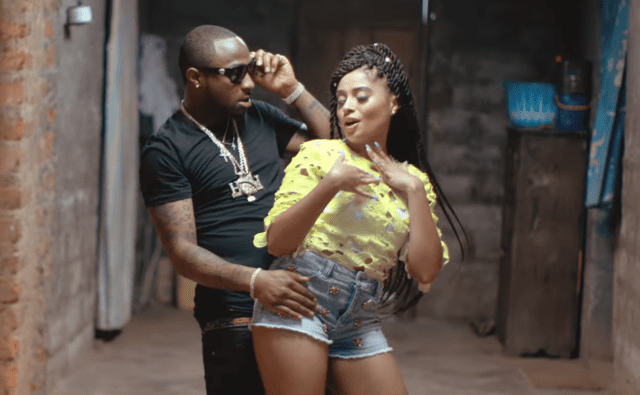 According to her on Twitter, she was never signed by the boss of DMW rather the feature that brought about such rumour was just Davido being kind to her and coming up on her song.

This revelation is coming after she expressed her excitement that Davido is finally signing a female act to his record label after years without one.

No he didn’t just has one of the kindest hearts in the industry!... Excited to hear @davido is signing a new female artist!!! This is amazing amazing news! I was never signed to Davido he was just incredibly kind enough to help push & promote an upcoming artist aka myself! God bless him forever for that so so grateful...

No he didn’t just has one of the kindest hearts in the industry! https://t.co/wzCJi2zMSm 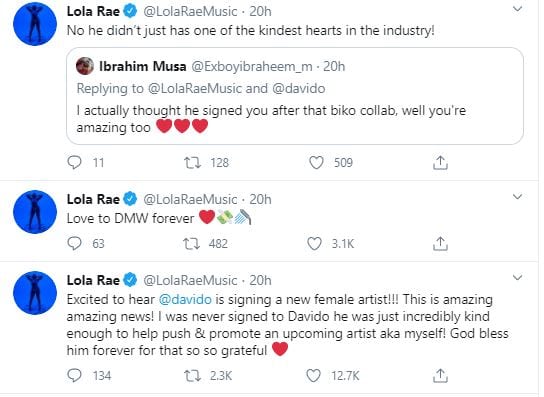