Nigerian singer, Burna Boy has spoken after his O2 concert that he sold out the venue by himself and at the prices he wanted, contrary to public opinion.

Burna Boy stated that he sold out the O2 concert and at the prices he put up, just like he said he would. He shared this via his Instagram stories on Saturday, the 28th of August 2021. 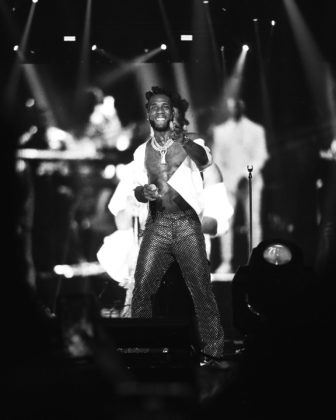 Part of the artists who performed at Burna Boy's concert last night were Mavin Recordssingers, Rema and Ruger. Don Jazzy himself seemed particularly proud by this and remarked about Rema's performance;

Odogwu brought out @heisrema at the o2. MADNESS 🔥🔥🔥. You can already see say o2 fit my boy. Hehe 😁

Sharing the new of him having sold out the O2 arena via his Instagram page, Burna said;

I sold out the O2 by myself. At the prices I wanted. The way I wanted. Never talk much. Just show action!