Burna Boy made his entry into the show on a spaceship, first hovering above the audience in the o2 arena for a couple of minutes. The show was held on Friday, the 27th of August 2021. 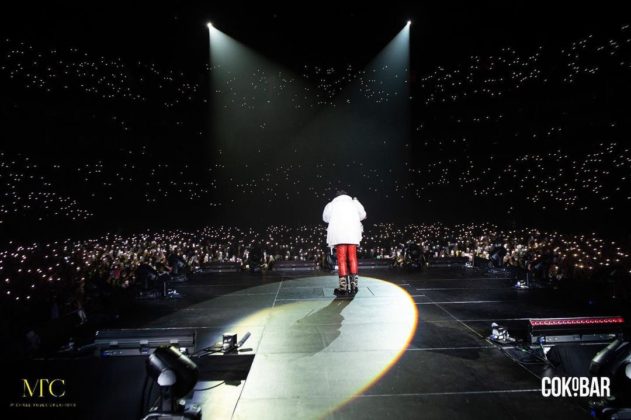 Burna Boy on stage at the arena after his landing

Burna Boy's spaceship hovered above the audience for a while, before finally settling above the stage, revealing the singer. The singer has been know to favour the spectacular at his concerts and this one was no different.

The video of Burna Boy's spaceship entering the O2 arena got posted via social media shortly after it happened. The singer then went on to deliver an exciting performance of his hit songs to the fans attending. Other performers at the concert were Mavin Records' singers, Rema and Ruger, as well as Omah Lay. The show was packed to the brim and he later revealed that it got sold out.