"I Really Want Africa To Accept Me The Way I Am..." - Shatta Wale 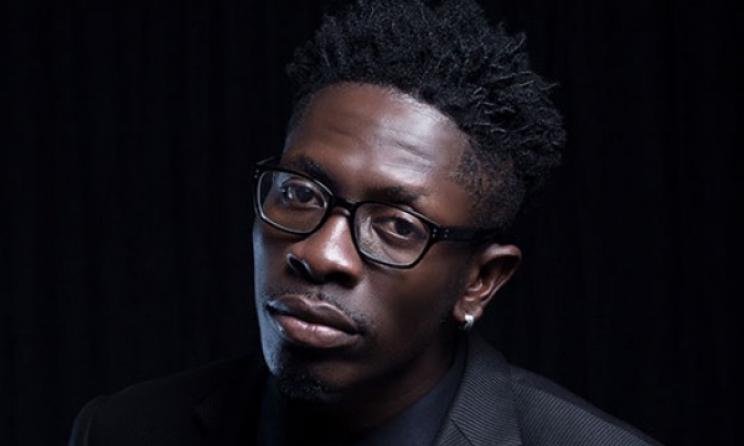 Controversial Ghanaian dancehall star, Shatta Wale is calling on Africans and everyone else to accept him the way he is and his Shatta Movement.

This statement was made more than once during his live interview on Instagram with Soundcity where the singer was talking about the number of features he has in his new album, Reign.

When asked how many African artiste he has in his album aside Olamide whom he revealed he is featuring, the singer went on what seems like a defensive statement on why he hasn't featured more African artiste in an album that is supposed to be about Africa. He said;

It's a great project I'm doing and I really want Africa to buy me and accept me the way I am with my Shatta movement and in terms of the Shatta brand as well. I felt if I needed somebody on the album, I could've dropped anybody on it for him or her to just do stuff but I feel wonders came with Olamide's feeling and when I asked my fans on Snapchat... it's Olamide for now, no be rushing thing. My boy Burna boy dey there, Wizkid dey there, Davido dey there, you know I get a whole lot of artiste wey me I know but music is a spiritual thing, no be rush thing... so on this album we have Olamide on it and the album is strictly for Africa"

The issue of Africans accepting him was once again mentioned when he was asked if he has ever thought of featuring Wizkid or 2face in his Oluwa is my Boss track.

Yea, you know, it's a great song and I believe more beautiful songs are going to come up like that. That's what I'm saying, I just want people to accept me and understand me as me you know, so when I'm doing songs I know I need to feature people on it like that, but people know how to listen to good song and music lovers know what is good music, so yea, we're just going with the trend..." that doesn't seem like the question asked what answered, but it sure feels like Shatta Wale is answering all question with his song of acceptance, asking that African accept him the way he is so that they can collaborate and create good music together.

This statement takes us back to the Stonebwoy interview we recently reported where Stonebwoy stated that he is not ready to do any song with Shatta even after Shatta Wale called him continuously. According to Stonebwoy, Shatta Wale cannot tarnish his image behind him and come around seeking for a collaboration so they can make up. To Stonebwoy, that kind of relationship is not one he can tolerate.

That said, the same issue might be what is affecting Shatta Wale with other artistes like Wizkid whom he has in one way or the other insulted publicly and now finding hard to make peace with because it looks like he has also been trying to get through to Davido, but nothing yet because he revealed that Davido was getting too busy for him and he doesn't like it. Although the words were said in an unserious manner, one could tell that he was serious about it.

Speaking about his Shatta Movement, he said;

I know a whole lot of Africans is gonna get this news, but Shatta movement is just a clique that likes to make people know who we really are. We be youth wey we feel say, yea, we can really make life out of music and it's music we want to do. It's not about violence, it's not about fighting, you know. We believe entertainment comes in a big package and we really wanna tell the world about it and show Africa about it. Maybe the more developed world have gotten to realize what music is about and how the package is like, but we wanna show people that yea, these are the boys that can make you happy, these are the youths that are watching Africa to rise to the next level in the world... so everybody wey loves Shatta movement e for know say e be survival movement ... e be super scary".