Nigerian disc jockey, DJ Switch, has made it clear that she never sought asylum in Canada, as a lot of people thought. 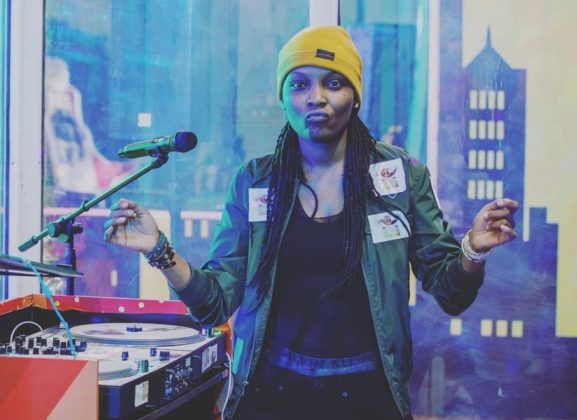 Nigerian disc jockey, Obianuju Catherine Udeh, popularly known as DJ Switch, has made it clear that she never sought asylum in Canada, as a lot of people thought.

Last October, the talented celebrity DJ made headlines when she live-streamed the shooting of innocent protesters during the #EndSARS protest.

After the incident, news spread that DJ Switch, for the safety of her life, had been granted asylum in Canada. However, after almost a year, she finally decided to clear the air, stating that she had never sought asylum in Canada but had instead been living in a house in Nigeria.

According to her Instagram story post, she urged the Nigerian media to verify news before spreading it, further stating that she is set to relocate outside the country and it isn’t Canada she is going to. She wrote:

But let me say this… news outlets and bloggers, I know traffic is the game but when you don’t really investigate properly and run with things that you don’t know for sure or have verified, you sincerely hurt and, in some cases, cause serious complications for people in ‘real life’. 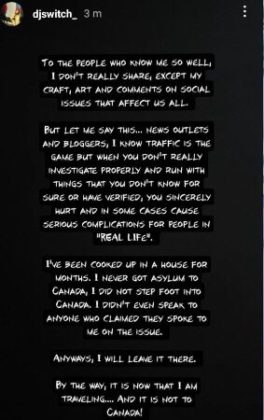