"I hate no one..." - Tiwa Savage Reacts To Assumptions On Her #fvckyouchallenge 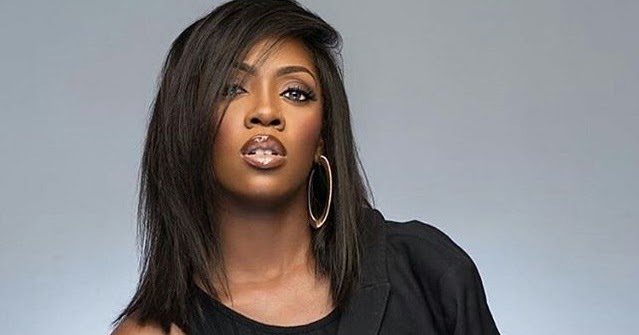 Tiwa Savage has come out to debunk the rumour making rounds that her participation in the #Fvckyouchallenge was to attack someone. The rumour is accompanied by various assumptions of the "someone" ranging from TeeBillz to Wizkid.

The singer, Tiwa Savage dropped a statement on Twitter telling social media users to stop peddling such rumour about her. According to her, she participated like every other male artiste who is presently not being attacked. However, people have, for no reason, seen her challenge to be more than what it is, stating that someone probably made her angry.

"Other male artists don do their own challenge but na my own be sub?... IT IS NOT BEAUTIFUL PEOPLE, just a challenge. I hate no one and would never disrespect anyone like that. NEVER..." 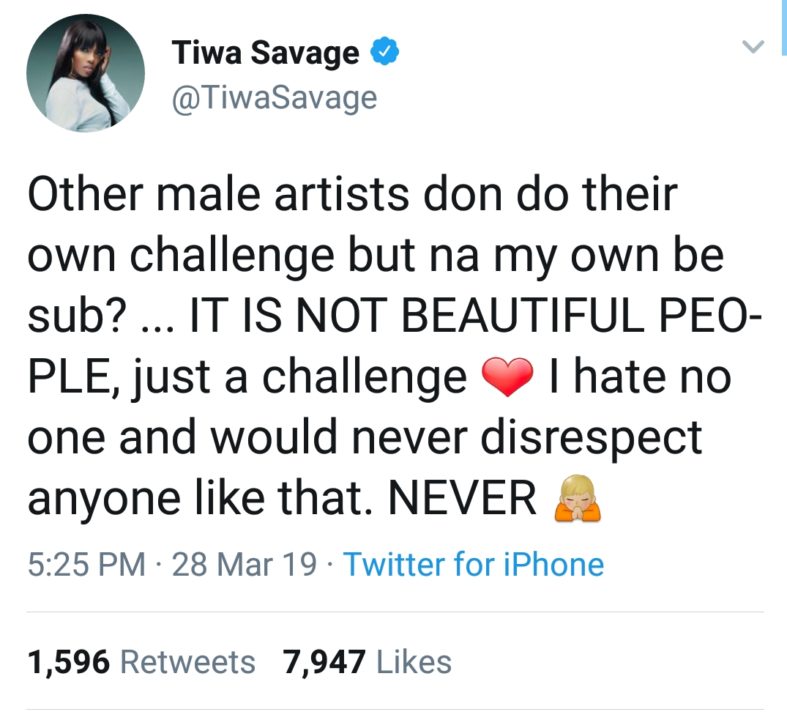 Kizz Daniel's #fvckyouchallenge is the new trend in the Nigerian music scene as many artistes do their various covers for the dope single Kizz Daniel just released. Artistes such as Falz, Lilkesh, Blaqbones and many others have given their interpretation however, people are seeing more to TiwSavage's's own cover than the artiste intended.