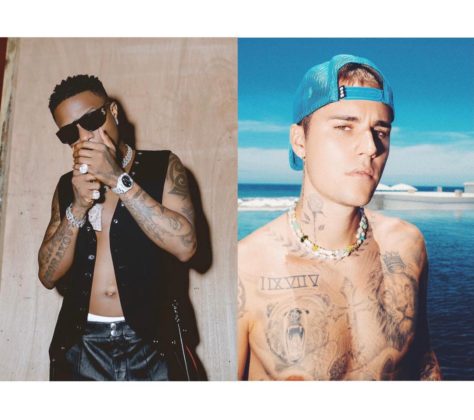 Canadian popstar, Justin Bieber, reportedly reached out to Wizkid to deliver the remix of the smashing tune ‘Essence’.

The chart-topping ‘Essence’, which originally featured Nigerian songstress Tems, is a tune off Wizkid’s’ ‘Made in Lagos ‘ album and it was given a deserved remix on the 13th of August 2021, surprisingly featuring Justin Bieber as a new addition to the song.

According to the magazine, Justine Bieber’s A & R Tay James introduced Justin Bieber to the song on a vacation flight, after which it quickly became the singer’s favourite song, so much that they played it all weekend.

Taking concrete steps on the song, Tay James spoke to Wizkid’s North American agent known as Mike G about the possibility of getting Justin Bieber on the song. Against that backdrop, raw files of the original song were sent to Justin Bieber’s camp and the popstar gave a sweet verse to the song.

According to the article, Justin Bieber heard the song on a Thursday and by Monday, the remix was ready. Read the full article HERE