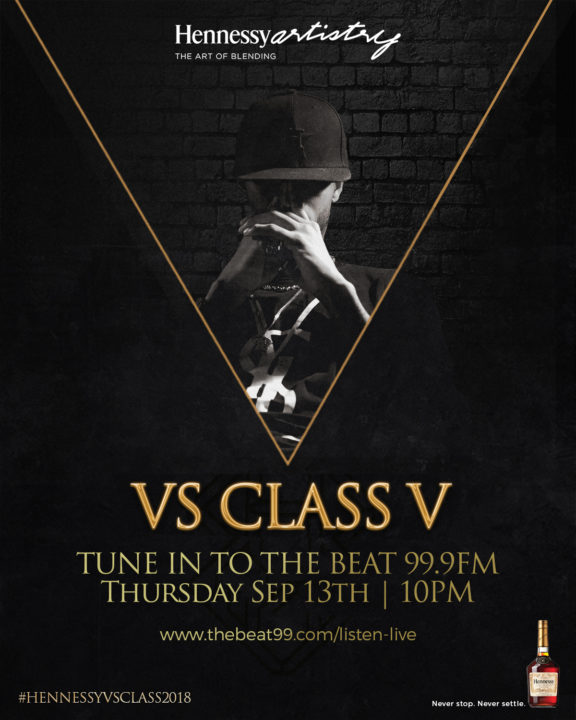 Third finalist to be discovered this week.

Hennessy VS Class V kept up momentum on Thursday evening as judges; Vector, Douglas Jekan, Jimmie alongside guest judge for week 2, Zoro continued their search for the dopest Emcees in the Nigerian Hip Hop scene.

Gochi emerged as the winner for week two, as his hilarious flows and punchlines were enough to convince judges and fans that he was the best rapper of the night. His consistency turned out to be key, after battling other contestants over three stages.

The second radio show on The Beat 99.9 FM had eight emcees: KTEEN, Hot Ice, Whiteman, Soul Scrollz, Hitman, Dr Cardio, Iconbagz and Gochi who began with a 40 second freestyle, and moved on to a 2-part faceoff.

Whiteman was disqualified in the semis after breaking the three strike rule & another culprit on the night was Hot Ice who got one strike for vulgarity in the first round.

There were also close battles and heightened rivalries. KTEEN and Hitman tied to come out of their group and then, the classic one on one battle put things to bed with KTEEN walking into the semis. 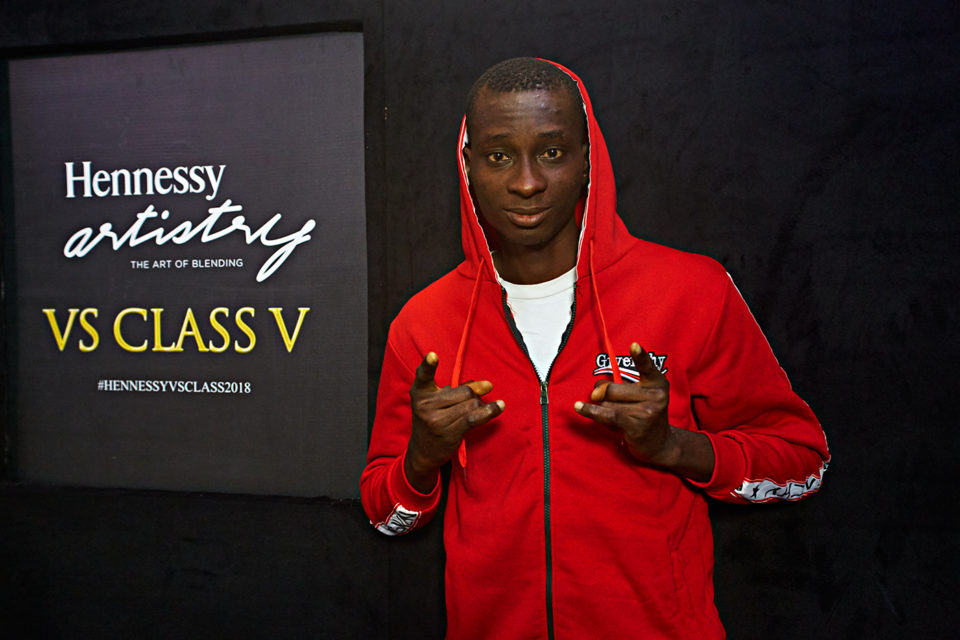 For the final round, Gochi went on to battle with Soul Scrollz, and after the two-hour show; Vector, Zoro, Jimmie and host  Douglas Jekan crowned Gochi as the winner of the night.

The #HennessyVSClass2018 Radio Show returns this week with a fresh set of rappers who all want the top spot. The guest judge for this week is Rapper and Hip Hop connoisseur, Terry Tha Rapman. Tune in Thursday,  September 13th at 10PM on The Beat 99.9 FM

Join the conversation on social media using the #HennessyArtistry2018 and #HennessyVSClass2018.