Nigerian singers, Fireboy DML and Harrysong look to be working on a collab together in the studio as they have shared a video teaser of the incoming single.

In the video, Fireboy and Harrysong are seen in the studio with their respective teams vibing to their collab which has just been recorded. The video was shared via Instagram on Tuesday, the 30th of November 2021. 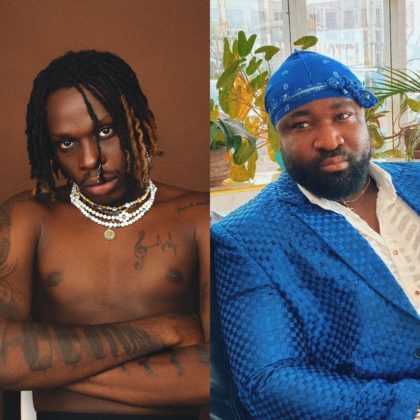 Fireboy has had quite a busy year on the international front, making waves with his latest single Peru which has led people to expect a new album from the singer. Although a new album is looking unlikely at this point, the YBNL singer is still gearing up for his US tour scheduled to kick off next year.

The video of Fireboy and Harrysong in the studio shows them vibing to their new collab which is sounding very nice.