Late afrobeat legend and political activist, Fela Anikulapo-Kuti, has been honoured with a commemorative plaque in London which was unveiled on the 20th of November. 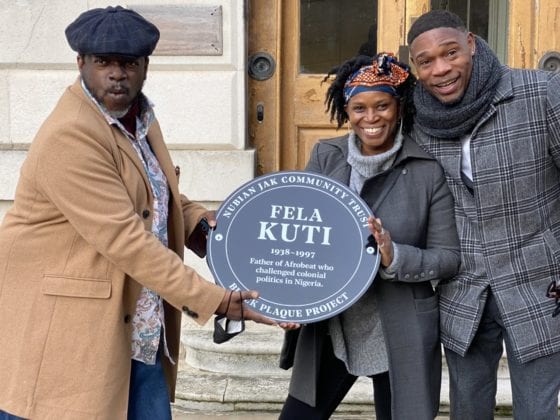 The award is an installation that is part of the Black Plaque Project which was kickstarted following a notable lack of representation of Black history by British organisations. This deficiency in recognition was earlier noted by Clash Magazine, a music and fashion publication based in the United Kingdom.

The plaque was unveiled on November the 20th at the Faculty of Music of Trinity Laban, a music and dance conservatoire attended by Fela Kuti himself. The unveiling was acknowledged and appreciated by Femi Kuti and grandson, Made Kuti who is also an alumnus of the institution.

The project will feature 30 plaques honouring key Black figures around the city.