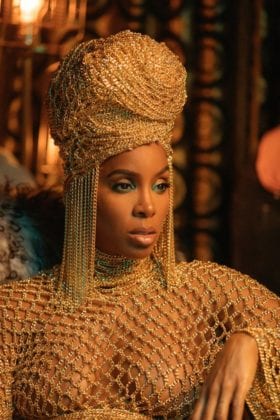 ‘Hitman’ is a part of NFL’s Songs of the Season for the year 2o2o. NFL is the National Football League and hosts a series which showcases musicians that will create and deliver a song to be integrated in all their promotions each month during the season.

In a video where she talks about the single, Rowland pays tribute to Fela Kuti saying; “I love this song one, because of this amazing sample by the legend, the icon that is Fela Kuti, and the fact that it has so much energy to it, and it just feels amazing, it feels alive…”

Kelly Rowland’s Hitman also comes with a vibrant video that features black dancers and tropical-themed costumes which highlights the beauty of black people.