Mavin Records/Jonzing World singer, Rema has served up his latest single, titled 'Soundgasm'. Fans are reacting in different ways to the new song and we have the reactions for you. 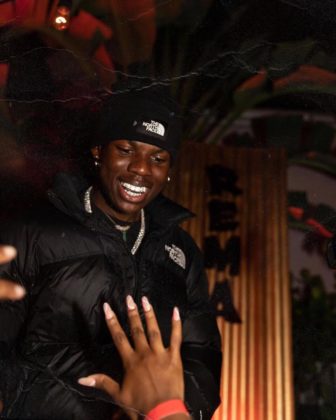 Rema pulled a surprise on his fans with the announcement of 'Soundgasm' via his Instagram page on Friday, the 11th of June 2021. Some of the reactions included Blaqbonez who congratulated the singer and fans also joined in. Blaqbonez wrote on Twitter, "Good job @heisrema". Another Twitter user @Tife_Fabunmi wrote, "Rema keeps making me proud everytime. That boy is too good!"

The 'Soundgasm' song was very explicit in its lyrics and a lot of people had something to say about that as well. Pulse Journalist, OneMotolani wrote on his Twitter page;

Rema's new single sounds like the perfect track four on an album.

More importantly, it is proper meks - not baby-making - music. If you try to make babies to that song, you go miss gloryhole. E sure me die... 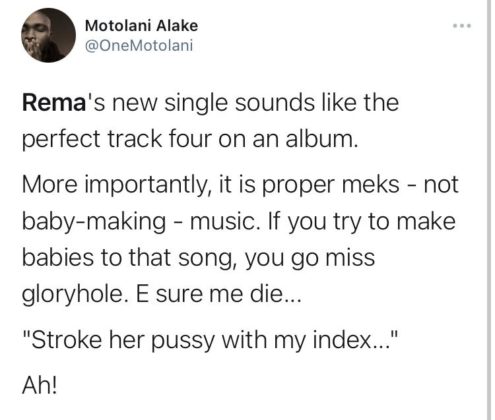 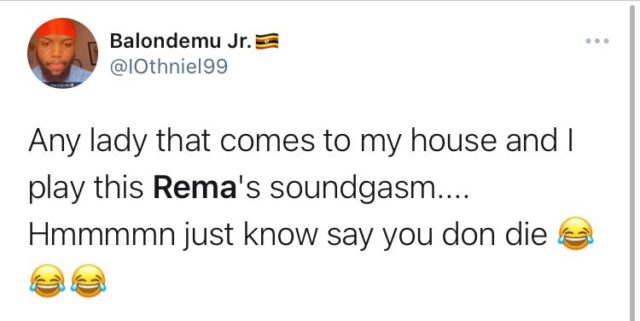 READ ALSO: Rema Reveals Why Bats Are His Signature Emoji

One of the fans, presumably joining wanted to know why Rema didn't drop any announcement before dropping 'Soundgasm'. @Danny_Walterr wrote;

So it af reach the stage that Rema won't announce song before dropping? Children of nowadays 😒