Fans have been left confused online after a new EP titled 'The Leaktape' presumably by DMW star artist, Peruzzi showed up on all streaming platforms. 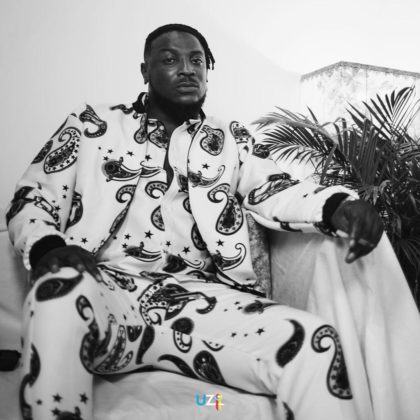 The New EP was released on Friday, the 18th of June 2021. The 6-track project titled 'The Leaktape' appeared under Peruzzi's profile on all streaming platforms. However, the singer has just dropped his sophomore album, 'Rum and Boogie'. Why would he want to drop another project so soon after? The short answer is provided in the name that appears as the distributor of the EP, GoldenBoy Entertainment. 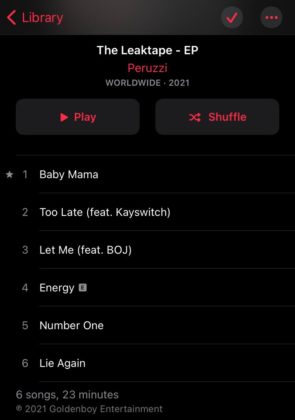 GoldenBoy Entertainment was Peruzzi's old label before joining DMW. We reported a while ago when the owner of GoldenBoy Entertainment called out the singer online, alleging they still have a contract together. It appears Peruzzi still has a whole lot of music with his old label including this project, 'The Leaktape'. That would explain how the songs in the EP were sounding like sounds from an old version of the singer.

Fans were bothered when the project appeared on social media platforms. Although the songs on it proved sufficiently that it was indeed Peruzzi, the artwork and the sound were suspect and they came online to report this. Twitter user @ObongRoviel asked, "Wait I don’t understand, @Peruzzi when did you release this and why is it under your old record label ?". Hypeman and MC, Tolu Daniels also pointed out that the project sounded like something recorded five years ago. He said;

What is Peruzzi doing releasing a ‘new’ tape?!! Sounds like something he recorded 5 years ago. 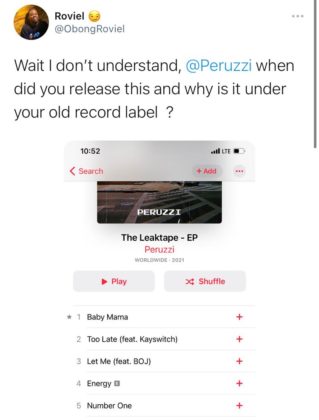 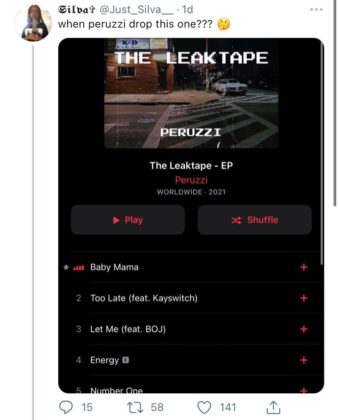 Goldenboy Entertainment owner, King Patrick had called out Peruzzi back in January 2020. He cried out that he invested a lot in Peruzzi but was betrayed when DMW came calling. Apparently, he still has some scores to settle with Peruzzi and decides to do this by leaking Peruzzi's old work in an EP titled 'The Leaktape'. Peruzzi has also not responded to this on any of his social platforms. It'll be interesting to see what he has to say or do about this.