"Peruzzi Is Not Signed To DMW!" - Golden Boy Entertainment Label Boss Cries Out 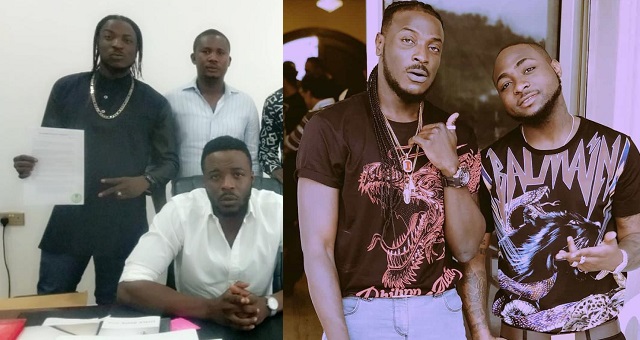 Peruzzi has been called out by the owner of the record label he is officially signed to, Goldenboy Entertainment, for contract breach, stating that Peruzzi is running with Davido Music Worldwide and releasing songs under another label while signed to his.

This outburst was made on Twitter on the 16th of January 2020 where the record producer, @kingpatrick_gb stated that he wants users of the social media app, Twitter, to be the judge of his misfortune. Starting the tweet, King Patrick took readers to the beginning in 2014 when he met Peruzzi as a student struggling to help himself financially and also struggling with career choice of staying in school and pursuing music.

King Patrick revealed that he had assisted Peruzzi both with his education and his music career only for Peruzzi to move to DMW as an unsigned artiste without terminating his contract with him officially or paying the due royalty he was meant to pay rather he had received threats from Peruzzi and been attacked by the Nana singer twice.

Is Davido aware of the issue?

According to King Patrick of Golden Boy Entertainment, Davido is well aware of the issue going on and they have also had a conversation about this on their DMs via Instagram, a conversation that was also revealed as the record producer opened up that the last two years has not been good for him mentally because of the issue.

Read the gist in full and drop your comments below; 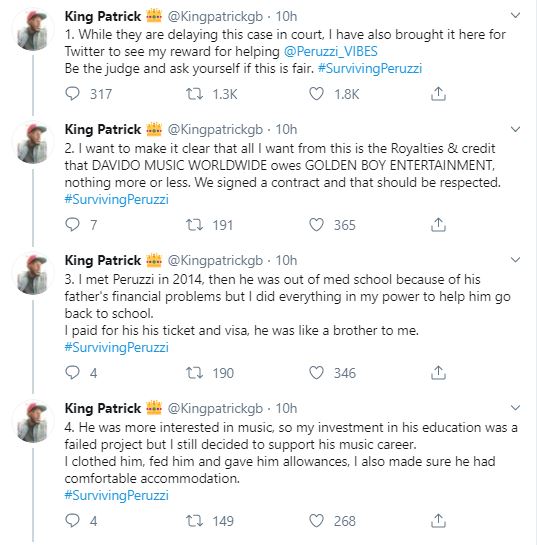 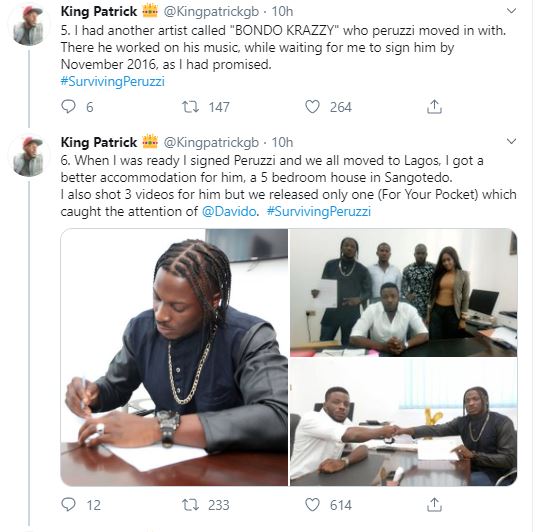 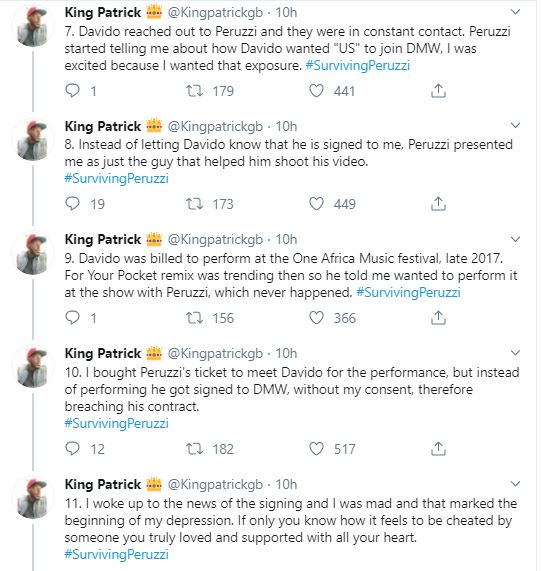 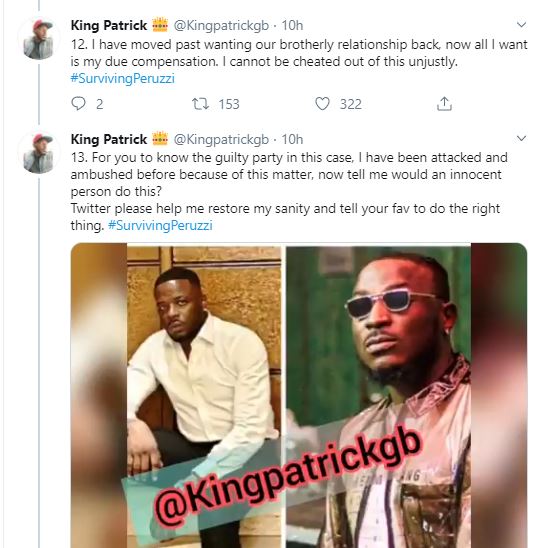 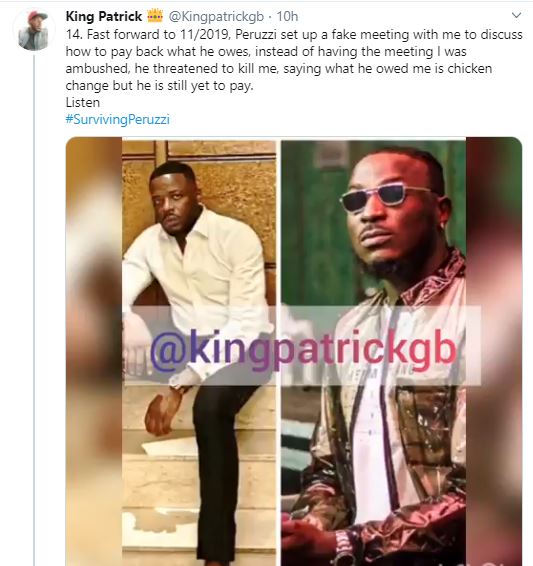 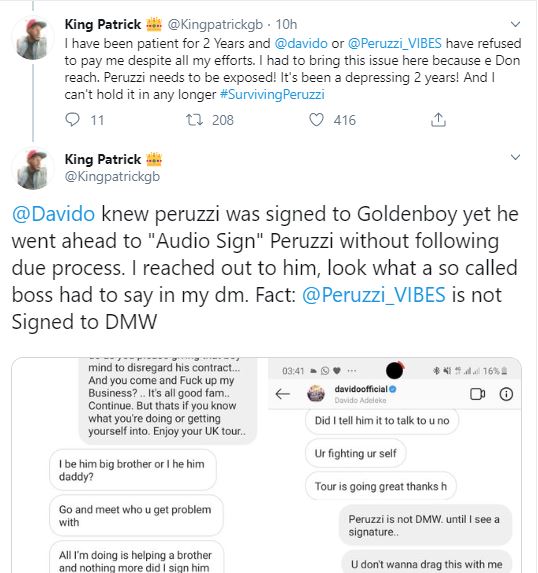 Here is his conversation with Davido;

13. For you to know the guilty party in this case, I have been attacked and ambushed before because of this matter, now tell me would an innocent person do this?
Twitter please help me restore my sanity and tell your fav to do the right thing. #SurvivingPeruzzi pic.twitter.com/BtFs4Cdenn

14. Fast forward to 11/2019, Peruzzi set up a fake meeting with me to discuss how to pay back what he owes, instead of having the meeting I was ambushed, he threatened to kill me, saying what he owed me is chicken change but he is still yet to pay.
Listen #SurvivingPeruzzi pic.twitter.com/9MWRqgRiVM

Davido Is Now The Most Followed African Musician On Instagram