Nigerian superstar, Burna Boy featured on Jon Bellion’s most recent song, I Feel It and the reactions show that fans are enjoying it.

Nigerian superstar, Burna Boy featured on Jon Bellion‘s most recent song, I Feel It and the reactions show that fans are enjoying it. The song was released on Friday, the 17th of September 2021. 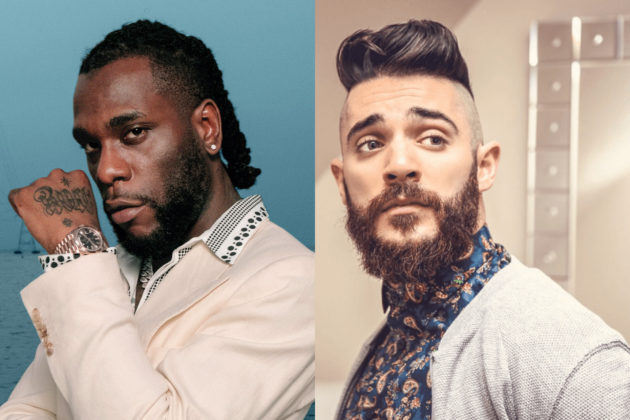 I Feel It comes shortly after the release of Burna Boy’s buzzing single Question featuring Mavin Records head honcho, Don Jazzy. The record was produced by Jon Bellion alongside BJ Burton and The Diner.

Although fans enjoyed the latest song from Jon Bellion and Burna Boy, the reactions also showed that they expected Burna’s verse to be longer. Twitter user, @iam_banbo wrote;

i just listened to the jon bellion ft burna boy track and all i can say is that the song is so lit. but i really feel like jon bellion should have just given burna enough time to do his thing.

Agreeing with this, @solobankole23 wrote;

I’m confident Burna can kill a collab even if given only 10 seconds… It was too short I couldn’t get enough. 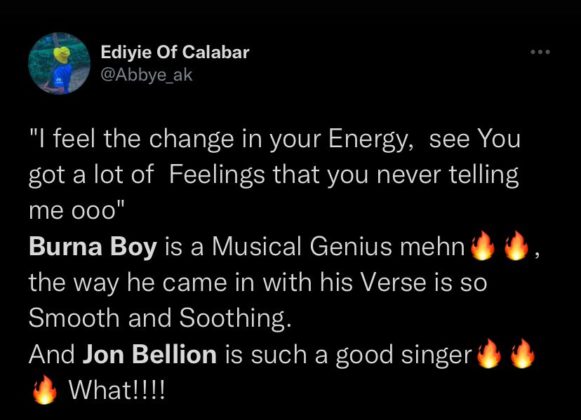 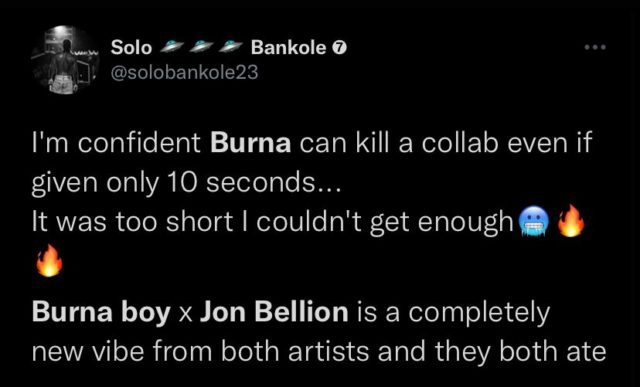 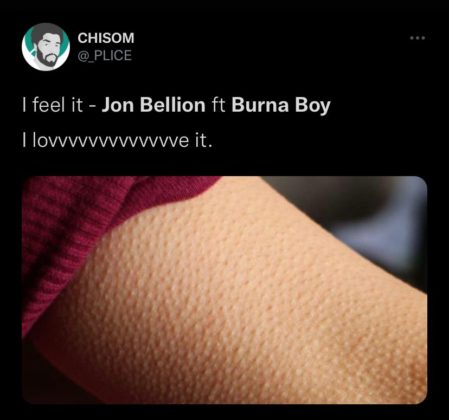 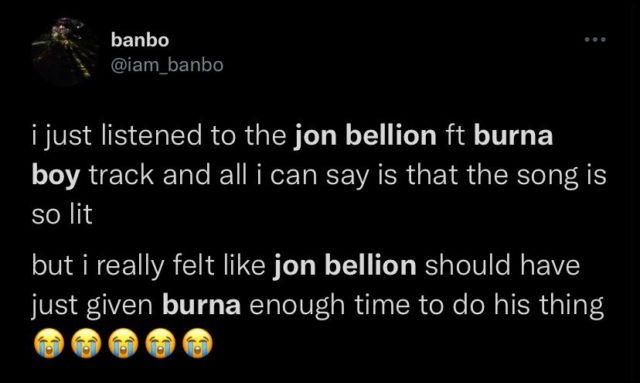 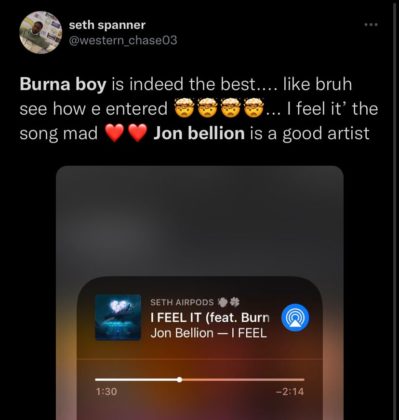