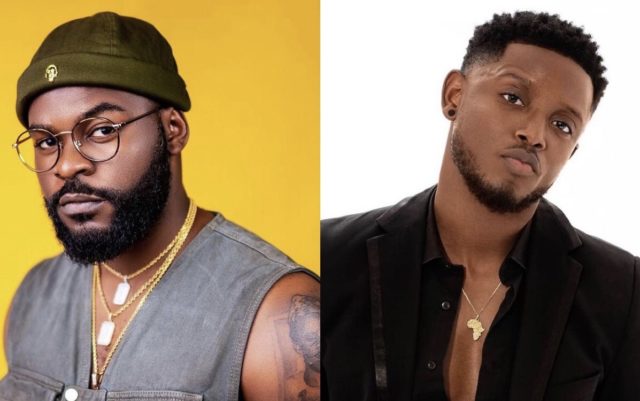 Nigerian prolific rapper, songwriter, performer and activist Folarin Falana, popularly known as Falz, and R'n'B ace singer and songwriter Chike, were part of the influential people who stormed the Lekki Tollgate to pay respect to the #ENDSARS victims who were massacred during last year's protest.

Recall that a massacre was committed at the Lekki Tollgate on the 20th of October 2020, where unharmed peaceful protesters were shot at by millitary men for exercising their civic rights.

Although the Lagos state police had issued an initial warning that no form of protests should be held at the Lekki tollgate today 20th of October 2021, with a heavy deployment of armed men and armored tanks was seen at the tollgate to back it. However, influencers like Falz, Chike, Mr. Macaroni, Taaoma and a list of others still paid their respects to the #ENDSARS victims as they stormed the tollgate in cars, blasting horns in memory of the fallen heroes.

The # ENDSARS movement is about more than just protesting police brutality; it is also about combating corruption, injustice, and other vices that are dragging the country backward. As youths, only unity, steadfastness, and fearlessness will remove the chains that the oppressors put in place. So the fire of hope and clamour for genuine change must continue to burn.

May the souls of all the Lekki victims rest in perfect peace.