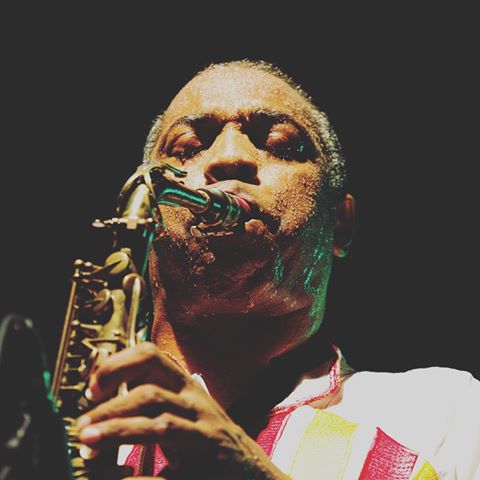 Nigerian singer, Femi Kuti has reacted to the accusation made recently against him that he is sleeping with underaged members of his music band, Positive Force.

This accusation had come up when the son of legendary Fela tweeted about a member of his band, Aghedo Andrew who disappeared 20 minutes before their show that took place on the 29th of July at Summer Stage, New York. The Bassist according to Femi Kuti's tweet had left 20 minutes before the show without a word from him and that almost ruined his show which came out successfully eventually. This was followed by his sister, Yeni Kuti's comment filled with disappointment for the bassist as she asked Donald Trump to find and deport him. 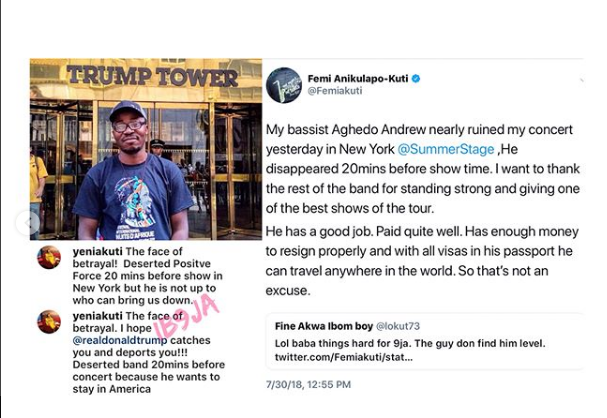 A certain Solomon Idowu who claimed to be Femi Kuti's former band member responded to the Kuti's messages o Instagram where he had applauded Andrew for leaving the band since Femi Kuti and his family treats them less than they are. Aside from the fact that he stated that the singer is owing to him, he also accused the singer of sleeping "With underaged and still not in jail"

In responding to Solomon, Femi Kuti said he is sick as no parents have come to accuse him of such, that's aside from the fact that he doesn't employ understand persons ether male or female. He went further to admit that he does sleep a dancer, Tonia, but that is not even Solomon's business considering the fact that he has a daughter with her. 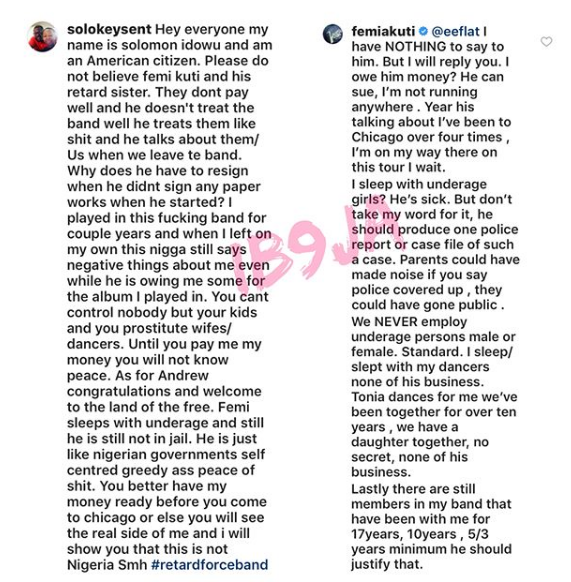 Speaking further on the issue, the singer said he has confirmed that the Bassist is doing alright and the actions he took were intentional.