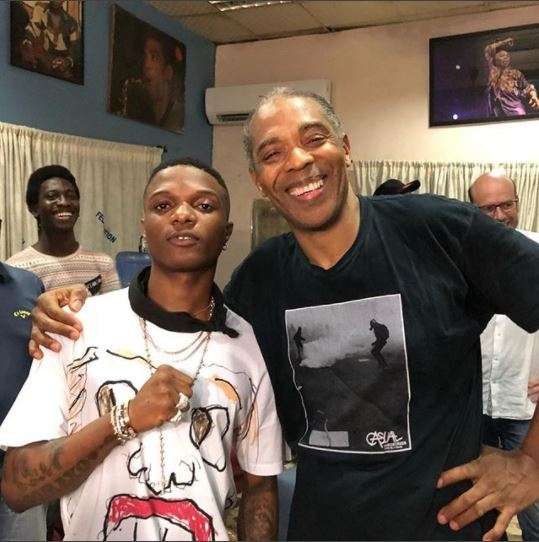 Some African superstars, Femi Kuti, Tiwa Savage, Wizkid, D’banj, and Cassper Nyovest have been announced to perform at the Mandela 100 Global Citizen Festival with other great international artistes like Beyonce, Pharrell Williams, Jay-Z and Ed Sheeran and more in South Africa. The concert will be hitting South Africa for the first time this year with the aim to end extreme poverty. 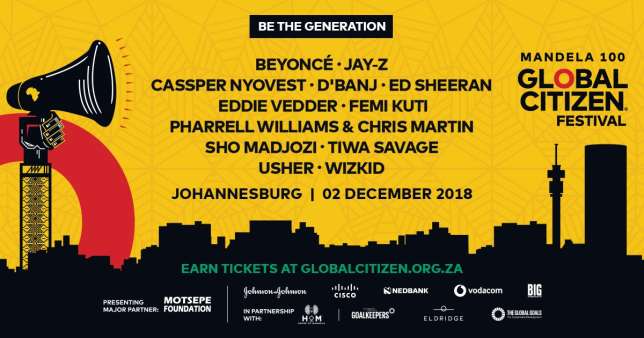 This announcement was made on Monday, 9th of July by the CEO of Global Citizen, Hugh Evans in a conference with the likes of American supermodel Naomi Campbell and Businessman Patrice Motsepe.

#GlobalCitizenFestivalSA @NaomiCampbell announces that @Oprah will also be at the concert. This is all to celebrate the legacy of Nelson Mandela and to end extreme poverty. RP pic.twitter.com/QLmPg6Nq2a

The event and the artiste lineup is in memory of the iconic former president of South Africa and sociopolitical activist, late Nelson Mandela whose voice while alive was actively expressed for the marginalized South Africans, hence it is to not just to celebrate his legacy but to use the aim, which is ending extreme poverty to celebrate the legacy of this great man.

#GlobalCitizenFestivalSA the lineup has excited the room! Might excite you too! All you have to do is give back, be the change you want to see. RP pic.twitter.com/qLV6wlhtdm

In his honour, Global Citizen has pulled these great artistes together to use their voice for the poor people in South Africa which is in line which their aim to end extreme poverty in South Africa come 2030 and this is just one of the many concerts that will be used to raise funds to achieve this vision 2030.

#GlobalCitizenFestivalSA the line-up of the concert taking place in December will include Cold Play, oh and @Beyonce and Jay Z! @CassperNyovest , Tiwa Savage, Pharrell and more! RP pic.twitter.com/3SkMXTLBT1

The event scheduled to take place on the 2nd of December in Jo’Burg will also attract great personalities like Oprah Winfrey.