#ENDSARS: "we are back on the streets on Tuesday if SARS is not abolished" - Falz

Nigerian rapper, Falz has stated that he would be going back to protest on Tuesday if SARS is not abolished. 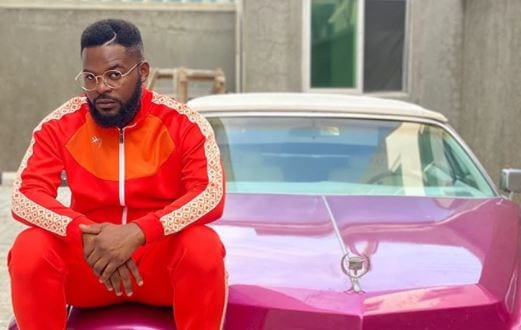 The Bop daddy crooner took to his Instagram page on the 8th of October, 2020 after the protest and commended the number of people who got out on the streets with him alongside other artistes to protest against the brutality of SARS officials, seeking that SARS be not just reformed but abolished. He added that it was time to go off social media protesting our intentions would not be known.

The lawyer turned musician still stood on plain facts that SARS should be completely banned and not reformed as this was the main messaged passed during the protest from the protesters to the Lagos state inspector general of police.

Today was crazy and mad inspiring so many people came out, i was happy and inspired to see how many people and it made me know its time to take the complaint of social media, we need to get out there and protest. "We don't want SARS anymore , we aren't asking for a reform or press conference and tell us what they are and aren't allowed to do as it has happened multiple times". We left a message for the lagos state IG via the AIG, "we let them know that if that on Tuesday we are back on the streets if we don't see SARS completely abolished".