#EndSARS: Nigerians applaud Falz, Runtown, Tiwa Savage, others for moving on with the protest

Nigerian Music Superstars, Falz, Runtown, Tiwa Savage and co, are receiving praise on social media for their bravery in leading the Lagos #EndSars protest held on the 8th of October, 2020. 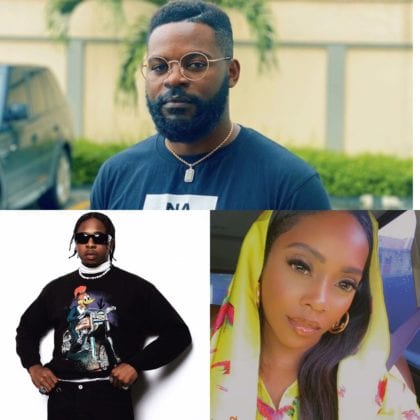 The protest took place in Lagos with quite a number of Nigerian Youths in attendance. From video spreading on social media, other celebrities such as Rudeboy, Toke Makinwa, Jaywon, Tacha and others were spotted participating in the protest.

Falz, Runtown and Tiwa Savage and co, have been commended for their bravery and actions in comparison to other artists who only protested on social media, alongside those who only raised false hopes about leading a protest on the 6th of October, only to back out the day of the protest. 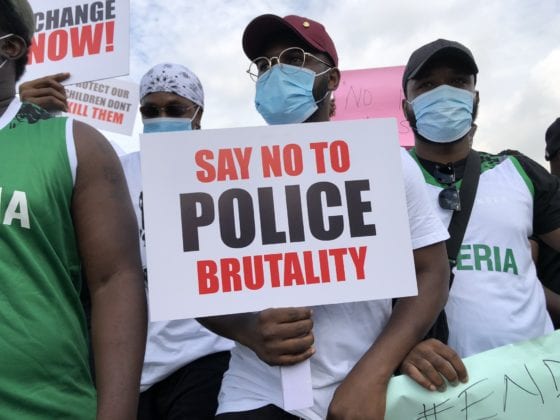 Here are some social media accolades toward the superstars:

We had Tiwa Savage joining Runtown and Falz on the #EndSARSProtest incoming now is Rude Boy @rudeboypsquare joining the protest!

God bless all these celebrities for giving their Voices!!! pic.twitter.com/ya1lcOmEWd

Huge respect to Runtown, Falz, Tiwa savage Rudeboy, Poco Lee, Henry Shield, Segalink and everyone risking their lives and going out to protest for a good cause💪🏽💪🏽💪🏽
Our voices must be heard. #EndSarsProtests #EndSarsNow

After all the talk wey Naira and Burna do, na Runtown and Falz wey no too talk, get mind enter street. Hypocrites calling other people hypocrites. Do am if e easy naw...

Immediately lock down was announced, @iRuntown sacrificed 10million naira relief and look at him on the street protesting against police brutality, high time we started separating Giant of Africa from Giant of Ikorodu 🦍 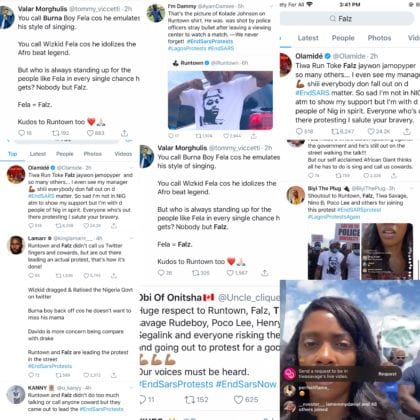 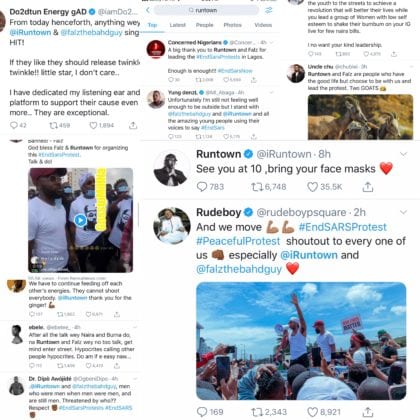