Marlians President ‘Naira Marley‘ has called off the protest which was set to hold on Tuesday, 6th of October, 2020. 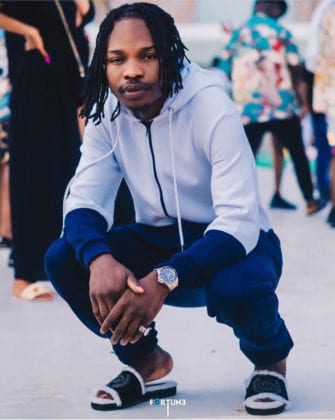 The protest scheduled for 9 am on the 6th of October, 2020 was called off on the count that the police force is making a lot of changes right now. He expressed this via a tweet that reads:

We won’t be protesting anymore because there’s a lot of changes being made right now. As a Marlian we will give them a week to see the changes and if there are no changes we will start a mass protest #togetherwecan.

The twitter account of the Nigeria Police Force tweeted at Naira Marley, reaffirming that changes are in motion. It reads:

The Inspector-General of Police wishes to inform Nigerian Youths that their voices and complaints on the issues of unprofessional conduct of some SARS operatives have been heard very loudly and clearly.

The NPF twitter account went further to express that they are doing all it takes to change the narrative, including the orders and restrictions on the operations of SARS and others are just the initial steps out of many reforms. In their words:

The force is irrevocably committed to changing the narratives and undertaking far-reaching reforms to reposition SARS and other Tactical squads for better service delivery. The Orders and Restrictions on the operations of SARS and others already issued by the IGP are just the initial steps out of many reforms planned for the tactical squad.

A live Instagram chat between Naira Marley and NPF has been scheduled for 11 am on Tuesday, 6th of October, 2020. 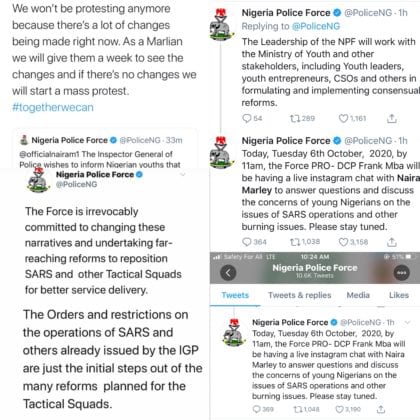