British singer and rapper, Stefflon Don defends her man “Burna Boy”, who was called out on social media for not participating in the #EndSARS campaign. 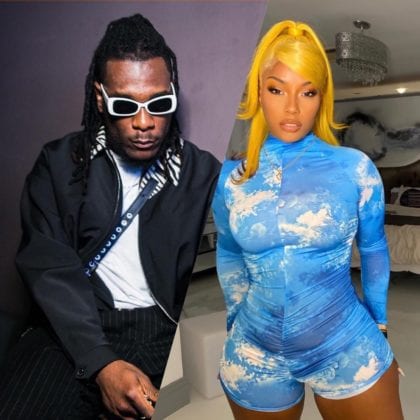 The self-acclaimed “African Giant” has been labeled an ‘audio revolutionary’ for not backing his words with actions and not participating in the social media campaign #EndSARS which is trending worldwide.

Stefflon Don, took to social media to defend Burna Boy against the backlash directed at her man. The singer herself have joined in pushing the ongoing campaign by expressing her views on police brutality. In her words:

I really do not know how pple can be so evil, especially against their own. This shit makes me so sad. #EndSARS #FuckTheSystem

I really do not get how ppl can be so Evil, especially against their own.
This shit makes me so sad💔#EndSARS #FuckTheSystem #LoveYourPeople

Nevertheless, people requested for the whereabouts of her supposed ‘revolutionary musician’ boyfriend “Burna Boy” and she came to his defence by replying:

He's doing something that will help out a lot more than just sending out tweet, I promise. #heisworking #Godknows #EndSARS #EndPoliceBrutality.

He is doing something that will help out allot more than just sending out tweet, I promise. ❤️🙏🏾 #HeIsWorking #GodKnows #EndSARS #EndPoliceBrutality https://t.co/qf7vnwrmF1

It’s easy to tweet and say some stuff that the ppl want to hear but thats not all that really matters what really matters is what is going on behind the scenes and what someone is actually “DOING” to help make the changes we need. Big up everyone doing their part.❤️