Don Jazzy has denied reports of a new rift between himself and D'Banj emanating from a certain post on the latter's Instagram stories.

Speaking via a video shared on Instagram, Don Jazzy attributed the rumors of a rift between himself and D'Banj to some overzealous persons. The video was shared via Instagram on Friday, the 5th of November 2021. 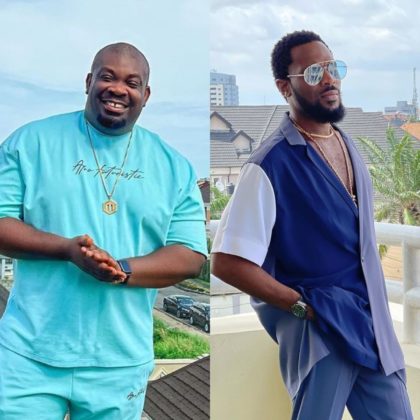 Mavin Records head, Don Jazzy, and D'Banj were the biggest musical faces in Nigeria during the mid to late 2000s, dominating the airwaves with their Mo'Hits crew. This went sour however when they had to part ways due to differences which meant the end of Mo'Hits at the end. The label which housed other talented acts like Wande Coal, D'Prince, Dr Sid was the darling of many Nigerians during their reign.

Speaking via a new video shared on his page, Don Jazzy denied any new rift between himself and Don Jazzy. The duo have been reconciled for years now, after performing together at Davido's 30 Billion Concert in 2017.