Veteran Nigerian singer, Kelly Hansome has called out Don Jazzy and accused him of arresting the former with Sars Operatives. 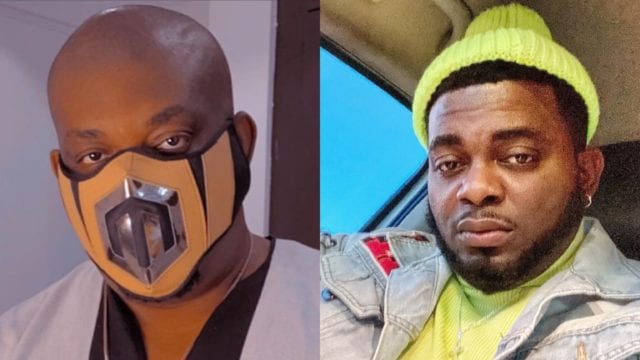 Kelly Hansome took to one of his social media accounts to counter Don Jazzy’s claim of not treating anyone badly in an interview with Ebuka on Blackbox. Don Jazzy said;

“I want somebody to come outside and beat their chest and say Don Jazzy did not treat me right. Then at that point, we might now be responding to something. don't think there is anybody on the surface of earth that would say, this is what Don Jazzy did to me, whether boyfriend, girlfriend that would just say this is what I did. I go out of my way...ask the people close to me, I dey take pains for people.”

Kelly Hansome in response to Don Jazzy’s claim of not ever hurting anyone revealed that he has gotten arrested by the music producer with men of the Special Anti-Robbery Squad (SARS). He said;

“Did he also state when he and his girlfriend arrested me with SARS and moved me from Kano to Abuja in handcuffs? No he won't say that part, but it happened. Did he say when he sent his dogs to intimidate me and @rexidaminabo? No. Thank God Festus Keyamo is still alive.” 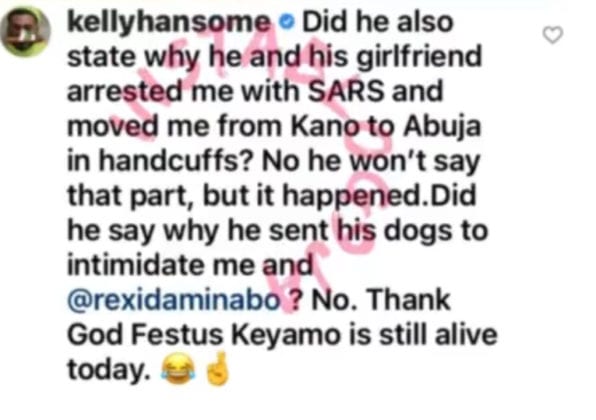