Mozambican prolific Disc Jockey, Tarico, teamed up with Grammy award-winning Nigerian act Burna Boy to deliver a remix to the smash single titled 'Yaba Buluku'. To follow up with the remix, a visual is set to be dropped. 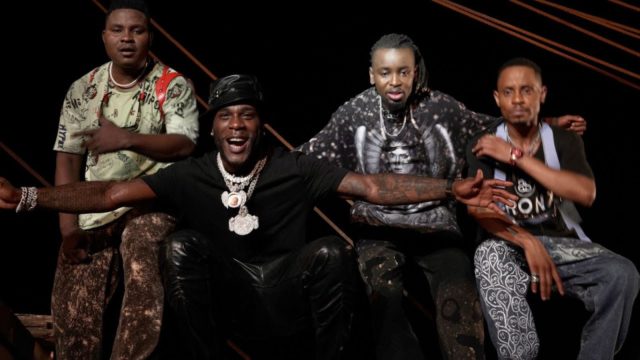 The Mozambique act, DJ Tarico, teamed up with Grammy award-winning Nigerian act Burna Boy to deliver the smash remix for 'Yaba Buluku', which has been gaining a lot of ground. To follow up with the song, a video is slated to be released soon.

The remix of the buzzing single which also has Preck and Nelson Tivane has been smashing hot in the clubs since it dropped, especially with the amapiano fever currently gripping everyone. Produced by Tárico Caifaz Samuel Simbine, popularly known as DJ Tarico, 'Yaba Buluku' was originally released in 2020 off DJ Tarico's sophomore album "Moz Piano Vol. 2".

It became the poster song for the Amapiano genre after it became viral on Tik-Tok, garnering close to 38 million views for all its tags.

DJ Tarico's decision to put Grammy Award winner Burna Boy on the song is not farfetched as it further propelled the song, especially to West Africa.

The snippet of the video for 'Yaba Buluku (Remix) was recently shared online and the fans definitely can't wait for it to drop. The snippet oozed a lot of energy, which makes it worth anticipating.

Watch the Snippet for 'Yaba Buluku Remix' below'

A post shared by Burna Boy's Only Official News (@burnaboyworld)