Nigerian superstar singer, Burna Boy has responded to claims by American rapper, Bia's recent claims not to know him, Davido, or Wizkid. 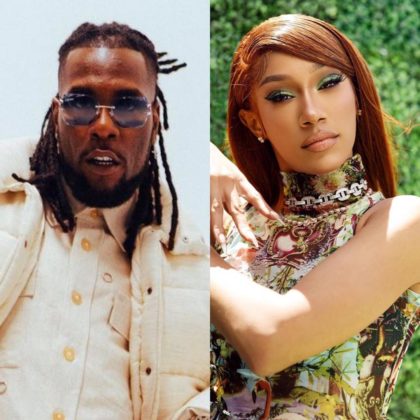 The singer dropped his response to the viral topic via his Twitter page on Saturday, the 10th of July 2021. Burna Boy was responding to a video of Bia that went viral recently. She was on live video with Nicki Minaj and was asked who she'll kiss, marry or kill out of the trio. Then, Bia responded by saying she does not know what either one of them looks like. When the backlash was much, she went on her page and said that she did not mean anything ulterior by her claims, She also said that she knows their songs and enjoys them, but doesn't know what they look like. Burna Boy responded, "That babe wey nor know our face don dey my dms since 2018 o. 😂🤣 🤣."

Asides from his response, fans of Burna Boy have also pulled out a screenshot of Bia commenting on a Burna Boy post on Instagram in 2018. However, there have been a bunch of comments from people online criticizing his decision to respond in such a manner. Twitter user @Chydee wrote;

You're 30 years my G. Leave this kain behavior for Rema and Bella Schmurda dem.

Love Burna, but e too dey emotional, letting these things get to him. See him also talking about selling concerts because Wiz is selling out everywhere and FC are louding it. You just won a focking Grammy and BET Intl hatrick. You’re supposed to be a focking giant. Act like it. 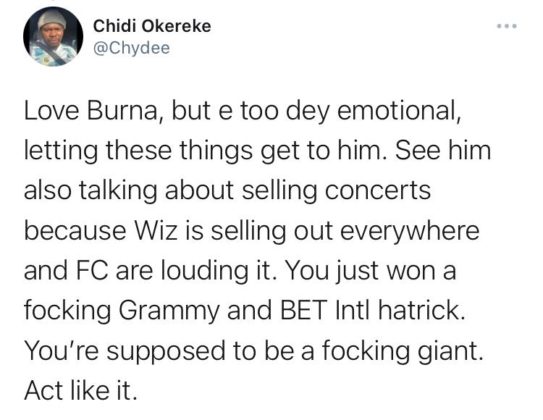 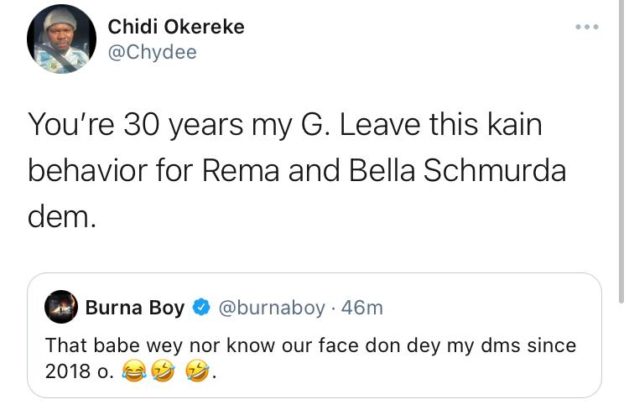