In anticipation of his forthcoming album ‘Grace‘, Nigerian superstar disc jockey and artiste, Dj Spinall sent a heartwarming message to his fans. 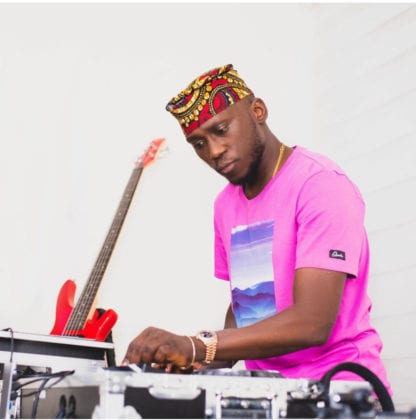 Dj Spinall sent this message via social media on the 17th of November 2020 and he expressed how special the Grace album is for him because he poured out his heart into creating the album. Having been in the music industry for almost a decade ‘The Cap‘ as he is also referred to express:

I put my all into everything that I release but, this work of art is uniquely special to me. People tend to forget that I have been in this industry for over a decade. Now, I’m about to release my fifth studio album, five! That number means a lot to me because it represents more than music — it represents my journey, my growth, and my passion for my craft. I’ve grown so much and learned so much over the years. You, my fans have been so good to me and I thank you. Leading up to this album, I’ve released “Dis Love” with Tiwa Savage and Wizkid, “Every time” with Kranium, and “Tonight” with Omah Lay, all which have had amazing success.

Tonight’s crooner further highlighted the conditions at which the Grace album was created as he had to work under a roller coaster of emotions and constraints. In his words:

The crazy thing is that I worked on this album under a roller coaster of emotions and constraints. From unexpectedly being quarantined in the US at the height of the coronavirus, experiencing and gaining a better understanding of the Black Lives Matter movement, to witnessing injustice and unspeakable violence against my own people in Nigeria because of #EndSars. This year has just been a lot and nonstop. But, I have to say that in spite of it all, God’s “Grace” has remained abundant. I’m grateful for the privilege of being able to ensure that my family and loved ones are good and for the ability to pour my energy into what I love, music. So with this, I give you GRACE — my fifth studio album. Out 11th of December, 2020. Iyanu Asele 🕊