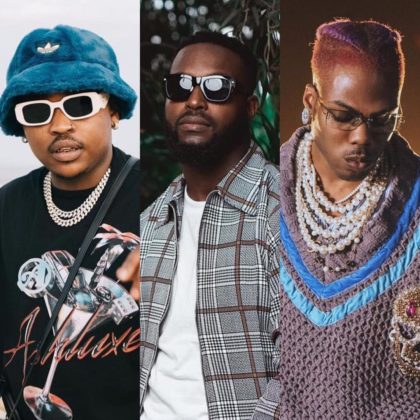 He revealed this via his Instagram page on Tuesday, the 6th of July 2021. DJ Neptune dropped a new video of himself in the studio with Focalistic and CKay, with the song playing in the background. They looked like they were indeed having a good time and Neptune asked fans to give them a release date. DJ Neptune also revealed that the new song is an amapiano jam and is sure to be the new "anthem". He wrote;

DJ Neptune teaming up with Focalistic is destined to be a sure banger. He is known for churning out hits, and this one sounds like an instant banger. Neptune was awarded a Headies Award in the "Best Pop Single" category for his hit single 'Nobody' in the last edition. He also has a song with Wande Coal out now titled 'Music Messiah', burning up the airwaves as well.