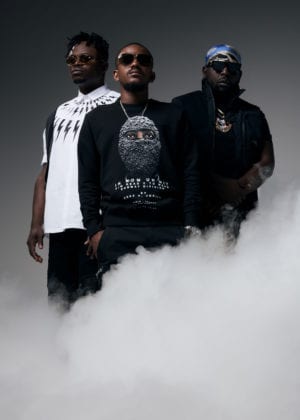 This single comes in anticipation of their album ‘Rumble in the Jungle.’ The album is a 14-track anthemic ampiano experience which will be released February 2021 but is available for pre-order on Apple Music.

Their new single ‘Funnu’ is an uplifting dance-rooted affair that reseals the status of the both DJ Maphorisa and Kabza De Small, jointly known as two of South Africa’s finests disc jockeys.

‘Rumble in the Jungle’ will make the third joint project from Maphorisa and Kabza De Small since they made ‘Scorpion Kings’ together in 2019.

Individually, DJ Maphorisa has made a name for himself as a maker of club bangers such as Wizkid featured ‘Soweto Baby’ and Mafikizolo’s ‘Khona’.

Kabza De Small on the other hand is popularly referred to as the King of amapiano and has thrilled us with amapiano tracks such as ‘Sponono’ and ‘iLog Drum.’

While the third collaborator, Tresor is an afropop sensation who has won the South African Music awards multiple times

On ‘Funu’, Tresor’s uplifting vocals elevate Maphorisa and De Small’s compositions that blend amapiano and Afro-house to create a sound that is groove-inducing and is sure to set the tone for the rest of the album.

Pre-order ‘Rumble In The Jungle’ here.