American music mogul, Diddy congratulated Burna boy after he emerged as one of the winners at the 2021 Grammy awards ceremony. 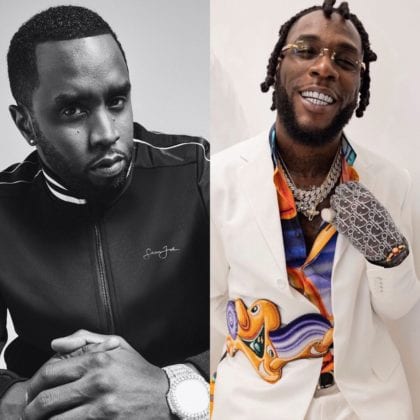 Diddy who is also an executive producer on Burna boy’s Grammy award-winning album “Twice As Tall” took to his social page on the 15th of March 2021, to congratulate the singer for winning the newly renamed “Best Global Music Album” at the 2021 Grammy awards ceremony. Diddy wrote;

Burna Boy’s “Twice As Tall” won the “Best Global Music Album” category at the 63rd annual Grammy Awards. He was recently featured as a guest artiste on the playlist of ‘Coming 2 America’.