It was a linkup of legends recently in Abuja when veteran musicians, D'Banj and 2Baba teamed up to perform at the Wingist Network First Anniversary. 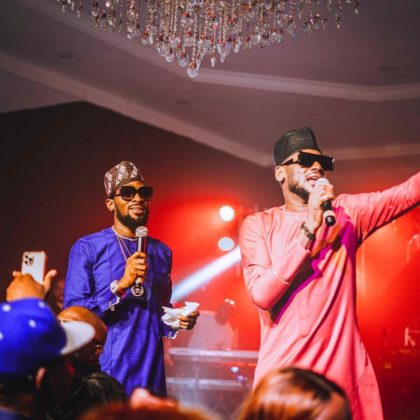 D'Banj posted photos of himself with 2Baba on stage in Abuja via his Instagram page on Tuesday, the 6th of July 2021. He revealed that he had fun at the first anniversary of the Wingist Network last week, also asking people to guess who he performed with. D'Banj wrote;

Had so much fun last weekend at the Wingst Network One year Anniversary @wingst_restaurant . 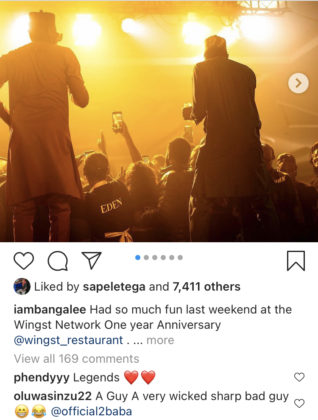 D'Banj and 2Baba performing together in Abuja will be sure to excite fans as they were the two Nigerian music powerhouses of the early 2000s till well late into the decade. It is indeed a wonder how they did not make a song together until 'Baecation' in 2019. Although a year before that, Larry Gaaga had brought the two legends on a song along with Burna Boy titled 'Baba Nla'.