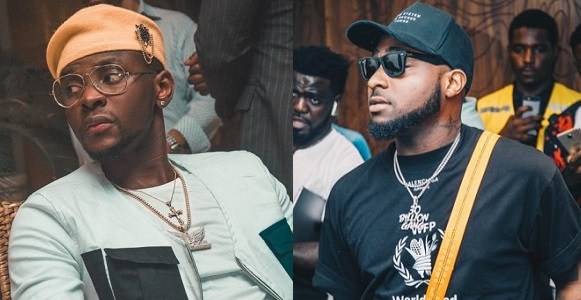 History was about to be made yesterday, Davido said. At the end of the night, 27th of December, or better still 28th considering the late start, history was definitely made after Davido slapped Kizz Daniel's manager, Tumi Lawrence, before the performance of One Ticket last night at the Davido Live In Concert.

Reports making the round state that Davido, on walking out of the stage after one of his series of performances had slapped Kizz Daniel's manager, Tumi, and poured drinks on him with the statement "Don't f*ck with me." 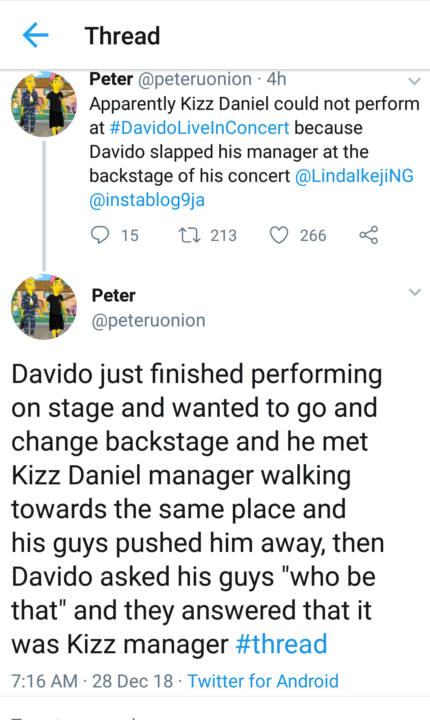 This alleged act from Davido according to reports made Kizz Daniel walk out from the show despite the fact that he was waiting backstage to perform One Ticket with Davido who later performed the song alone, a song that originally belongs to Kizz Daniel. 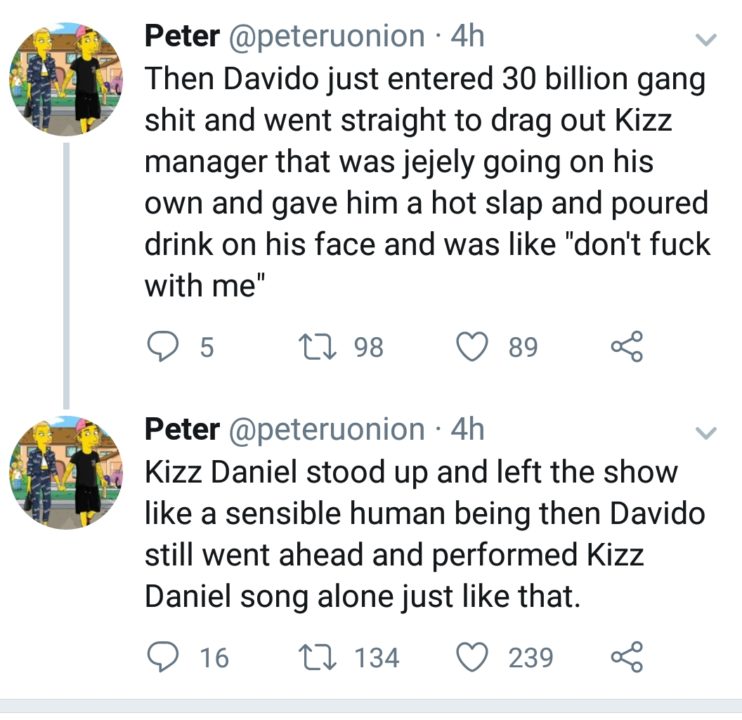 The manager, Tumi, in a radio conversation this morning reportedly confirmed the incident stating that he was too dazed after the slap to be so sure if the slap was given to him or someone from Davido's team.

Davido and Kizz Daniel have now unfollowed each other on Instagram while Kizz Daniel officially apologizes to his manager saying "My brother first... I'm so sorry big bro" 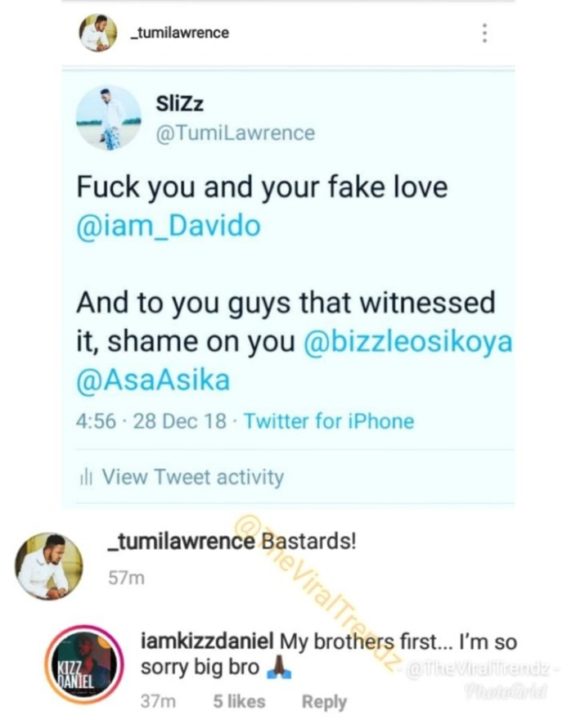 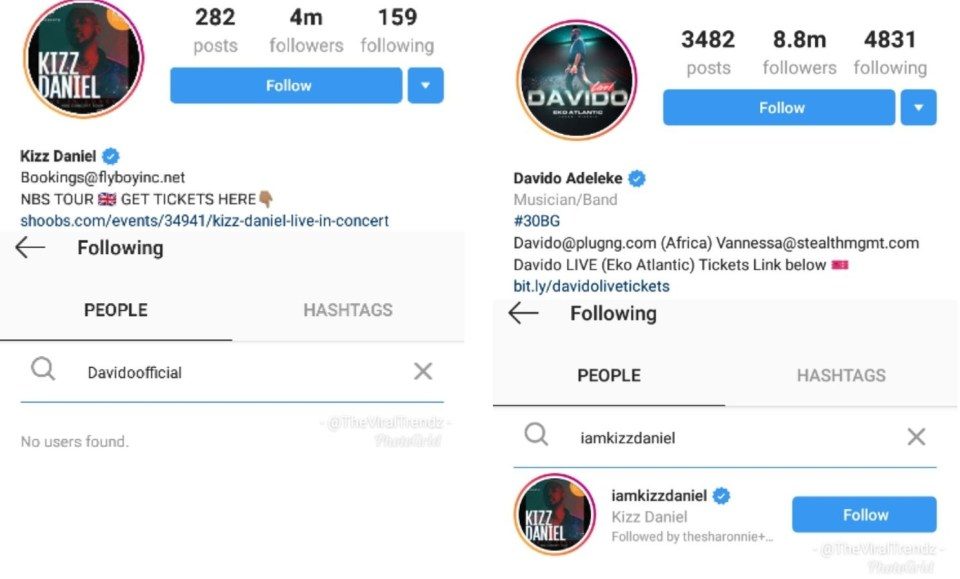