Nigerian superstar singer, Davido has shared an adorable video of his last-born, Ifeanyi, and gushed about how happy he is with his kids.

Davido shared the video of his son, Ifeanyi via his Instagram page on Sunday, the 8th of August 2021. He had previously written in a previous post the words, "My kids make so happy 🥰🥰🥰🥰" 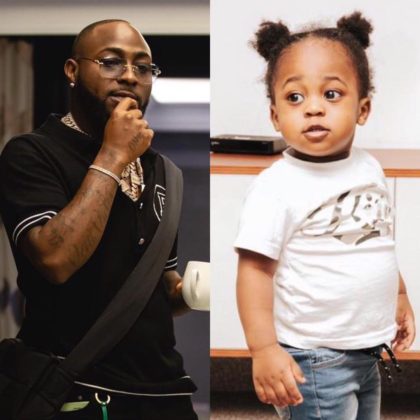 Ifeanyi is Davido's son with ex-fiancee Chioma and it seems the music talent does run in the family. Ifeanyi turns 2 next month and his dad has been known to go over and beyond for his kids. Davido's son's first birthday party was a lavish yet private affair that was done up in stylish but fun decor. There was a bouncing castle, several playpens, and a DJ deck among other fun attractions. It hosted friends and family of the couple as well as members of the DMW crew and house staff. Davido wrote last year;

Happy birthday to my beloved son DAVID IFEANYI ADEDEJI ADELEKE Jr !!! Today a king was born!!... !! May you become more than me in Jesus name! LOVE YOU SON

READ MORE: "That's My Daddy Right There" - Watch Video of Davido Paying His Father a Visit