As fans and industry colleagues celebrate the reconciliation of Peter and Paul Okoye after years of unresolved issues that affected their music career, Davido has reacted to this reconciliation. 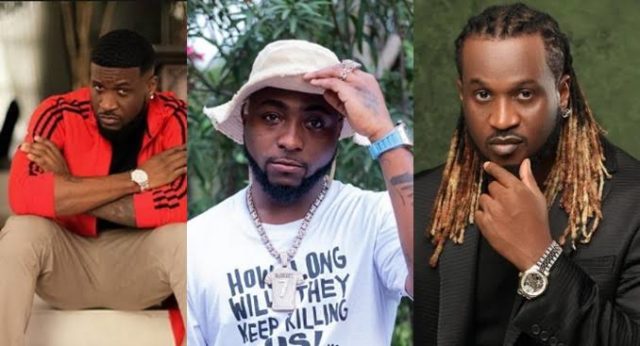 The Omo Baba Olowo crooner shared his reaction via his Instastory on the 17th of November, 2021, telling Peter and Paul Okoye to join the list of people sending him money; an activity that has trended over social media after Davido urged friends and 30BG fans to "lift him up" by sending money to his account, which many obliged to, making the 'Fall' singer millions of naira richer.

He went on to remind the brothers that he has been the one initially campaigning for them to reunite;

"Na me start am o! You remember o! Ehen? Send am sharperly!"

It is indeed a common fact that Davido had urged both brothers to settle whatever difference they had, the same way he had done with Don Jazzy, D'banj and the entire Mo'hits crew