Davido Prays for Producer, Dante, and His New Car | WATCH

Nigerian producer, Dante recently bought a new car, and superstar singer, Davido was really excited and prayed for him and the new car. 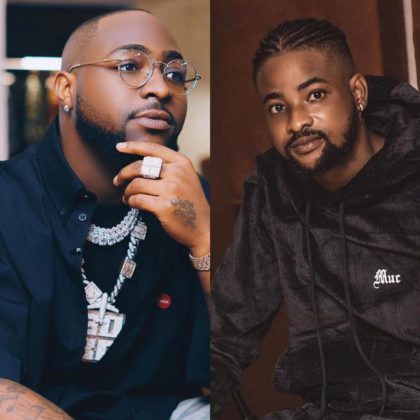 Rapper N6 was there and shared the video via his Instagram story on Thursday, the 10th of June 2021. In the video, Davido walks towards the car with Dante and N6. The singer was visibly excited and proceeded to pray for Dante saying, "This car, you no go see accident".

READ ALSO: "God Will Expose and Deal With Them" - See How Davido Reacts to a Prophecy

Dante was part of Davido's latest project, the "A Better Time" album. He produced the 6th track on the album, a party number titled "Very Special". Davido's response to his new car shows how much the singer appreciates him.