Nigerian music megastar, David Adeleke known as Davido has opened up regarding getting his popular catchphrase “e choke” copyrighted. 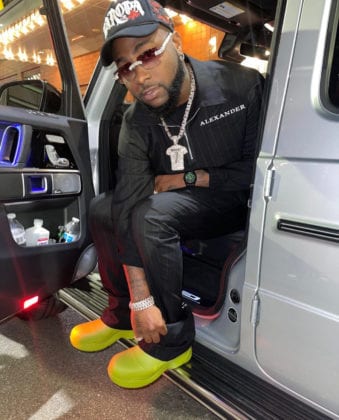 Davido who is well known for creating popular catchphrases and slangs such as “tule”, “tule joor, tule jare”, and “who dey breeeeeet” talked about his plan to get his viral slang “e choke” copyrighted via a tweet on the 24th of March. This is coming on the back of the “e don spoil” video by Wizkid and Bella Shmurda. He tweeted;

Fans of the singer have since flooded his tweet with reactions supporting the move, asking him to be swift with his action. Also, Davido and Peruzzi recently released the single/video for ‘Somebody baby’, the song is owned by the latter.