Nigerian singer and DMW hotshot, Davido has penned a lovely note to his manager, Asa Asika as he celebrates his birthday today.

Davido and his manager, Asa Asika have been together for around 15 years, hence the singer appreciating someone special on his birthday. He shared the note via his Instagram stories on Saturday, the 14th of August 2021. 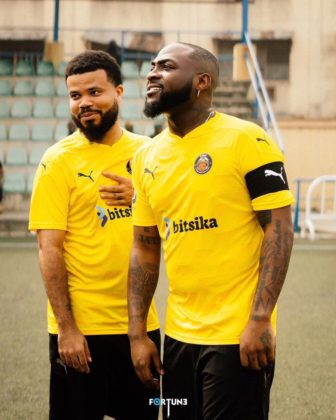 Davido shared a photo of Asa Asika on his story and gushed about their relationship and journey so far. The singer thanked Aasa for always being there since their meeting 15 years ago. He wrote;

Happy bday pluggy!! Almost 15 years we don Dey! And we never start d journey. I thank you for everything. I love you with all my heart!!! 🎂🎂🎂🎂❤️❤️❤️ @asaasika 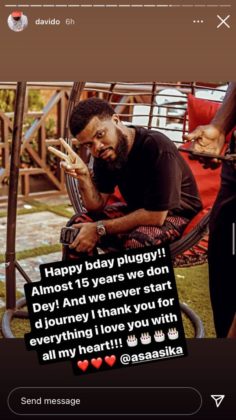 Davido and his manager, Asa Asika are currently in the US on a promo tour, and it will be interesting to see what else they have planned for his birthday. Just recently, the singer performed a pre-match tradition at his local club, Atlanta United. He has also been reported to have something planned with veteran rapper, Busta Rhymes this year.